The Xposed framework has opened up some interesting mods. Most of them do only a few things. Some of them do a lot more. GravityBox does a lot more than that. This module from XDA Developers member C3C076 (keep 'em comin, guys) seems to incorporate all the little tweaks that people generally flash a custom ROM for, but it's built for stock Nexus devices and "clean" AOSP ROMs. 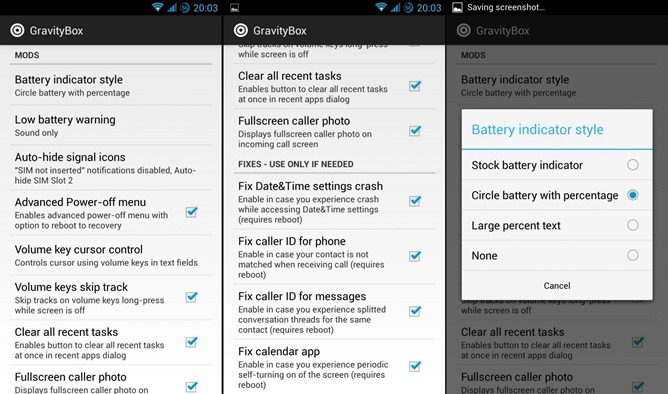 Here are a few of the highlights for GravityBox: PIE controls that replace the on-screen navigation buttons. CyanogenMod-style expanded desktop (hide navigation controls). Extra control buttons in the Jelly Bean Quick Settings menu. Right-side, single-finger pull down for the Quick Settings menu. Status bar tweaks including color options, center clock, brightness control, and even the ability to hide the cellular bars when you've got no SIM card. Reboot and recovery options on the power menu. You can even adjust the backlighting on your buttons, if your device has them. "Kitchen sink" doesn't even begun to cover it. 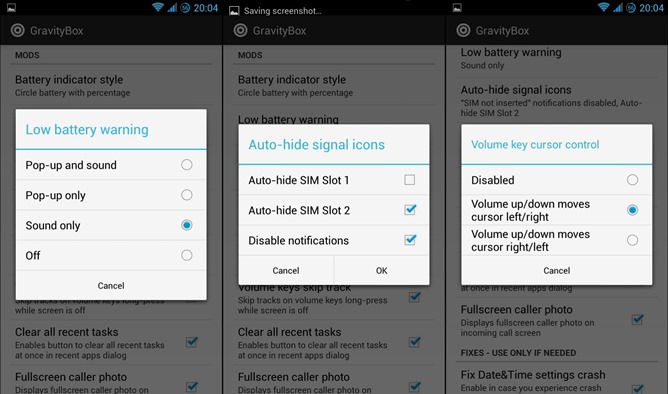 Unfortunately, GravityBox is somewhat limited compared to other modules in terms of device support. Xposed requires root, of course, but GravityBox only works on Nexus and Google Play Edition devices (Android 4.1 or above) or ROMs that are extremely close to "clean" AOSP. Even the minimal changes in popular ROMs like CyanogenMod or AOKP will break functionality. But of course, those ROMs include a lot of these features anyway. Add in the fact that the Xposed framework itself has a nasty habit of unforeseen consequences, and it might be a good idea to back up your data before giving this a try.

At the moment, GravityBox is only available on XDA. Here's the Xposed Framework if you don't have it already.

Xperia Z Ultra LTE Now Available For Purchase In The US Direct From Sony, Xperia Z1 And ...