The popular invite-only contextual launcher Aviate upgraded today from Alpha to Beta. It's still invite-only, but it's definitely worth looking at, as one of the most powerful alpha products I've ever used just got even better. (Did I mention we have an invite code good for 500 invites later in the post?)

The team behind Aviate promises that, besides new features, the beta launch means that the full wait list of users will be brought on board, with all users getting five invite codes to dole out to friends.

So, what exactly is new in the beta? Several touches that add a nice helping of functionality to the already stellar contextual launcher, but which avoid cluttering the interface, and help Aviate stay true to its clean, restrained design language.

These touches include tweaks to the "spaces" pane navigation (which surfaces helpful widgets, information, and apps based on where you are and what time of day it is and where you are), a refined top bar with new, expanded iconography and visual cues, improved context detection, cleaner "spaces" design (with the ability to add in your own widgets and rearrange content), and last but not least improved battery efficiency. On the last note, the Aviate team promises that the new version of the launcher actually consumes less battery power than popular apps like Twitter, which is definitely a bonus for an app that you'll want to keep around at all times. 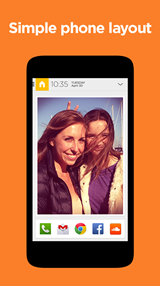 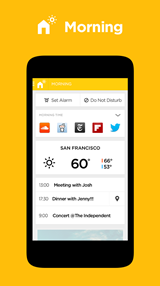 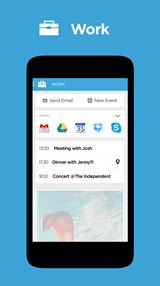 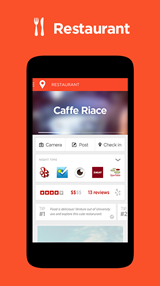 As always, the launcher will change spaces based on what time it is, or based on your own behavior. It suggests apps that you need in the moment, as well as apps you might like to add to your "collections," which live on a screen just a swipe away.

Aviate has been a strong, unique product from the start, and with the new beta it's only gotten better. Want to try it out for yourself? Current users can just update through the Play Store, but if you haven't gotten an invite yet, just download the app and use the code POLICE to sign in. Note this code is only good for 500 invites.

Update: And it's gone! Sorry folks, it looks like our invite allotment is empty. Everyone who did sign up should have five invites to give, but we don't recommend posting personal information like email addresses publicly in our comments section. Xperia Z Ultra LTE Now Available For Purchase In The US Direct From Sony, Xperia Z1 And ...