Hey! My name is Marques Brownlee and I'm a pretty heavy Galaxy Note 3 user. Some of you may already know me from the MKBHD YouTube Channel. To others, I'm a new face to AndroidPolice. Either way, Artem and I rounded up a list of 10 of the most useful tips and tricks for Samsung's massive new smartphone flagship. So in no particular order, other than for the convenience of the video, here they are. 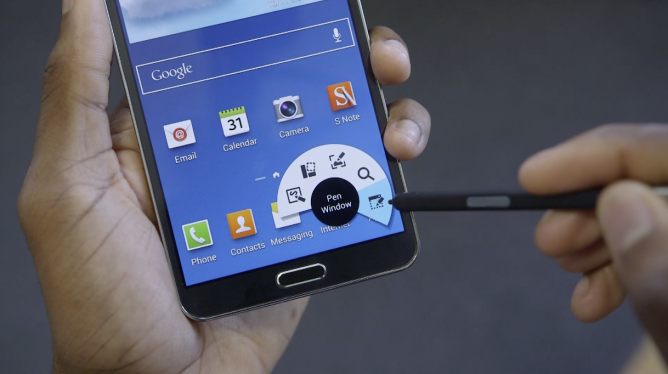 Grab the S-Pen from the back of the phone and select the rightmost "Pen Window" option. Then draw a box of (almost) any size on the screen and pick one of the supported apps to fill the box you just drew.

You can also resize the pen window from the bottom right corner, or even minimize it to bring it back later. This only works with a couple of stock apps, like the calendar and clock, but I found it most useful for Google apps, like Hangouts and YouTube. Using a floating Hangouts window let me keep a conversation going in a smaller window while web browsing on the rest of the Note 3's 1080p display. 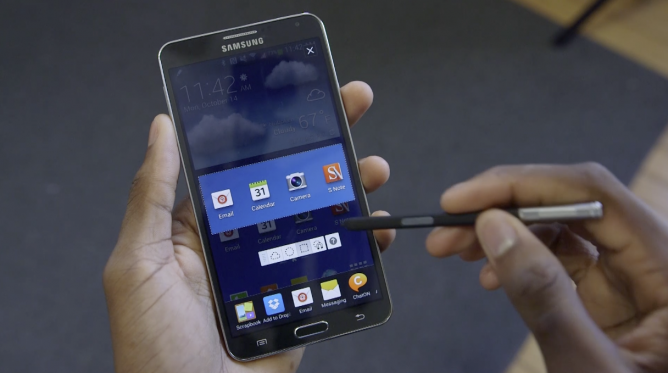 Hold down the button on the side of the S-Pen and outline what you want to take a screenshot of. Boom! But, chances are, you didn't draw a perfectly neat outline of what you wanted to share. Luckily this improved version of S-Pen has your back, with some new options to edit and refine your selection to a perfect rectangle or circle.

Surprisingly, this isn't a feature present in AOSP. TouchWiz on the Note 3 lets you pull down from the top bezel in any fullscreen app to view and interact with the notification bar. So whether you're browsing the My Magazine app, playing a game, or using any fullscreen app on the phone, you can always swipe down to check the time, see your notifications, and even adjust some settings without ever exiting your current app.

The ability to access notifications in fullscreen mode is not exclusive to the Note 3 - you can find it on most modern TouchWiz devices. 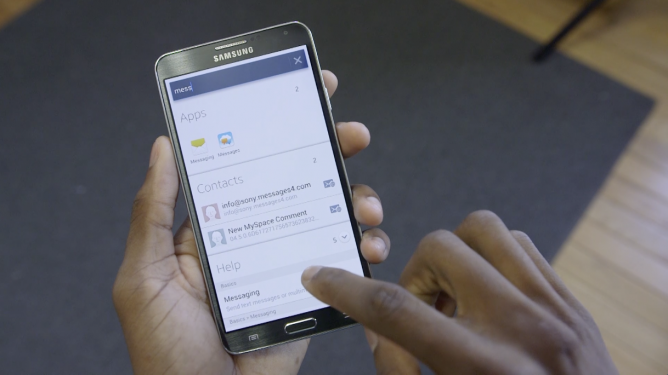 Wherever you are on the Galaxy Note 3 (except inside third-party launchers), holding down the Menu button will open up Samsung's S-Finder. S-Finder is a bit more robust than the Google Search app, allowing you to filter searches by time, tags or filetype. But if none of this gets you to what you're looking for, it always provides a handy shortcut at the bottom to search the web with Google. 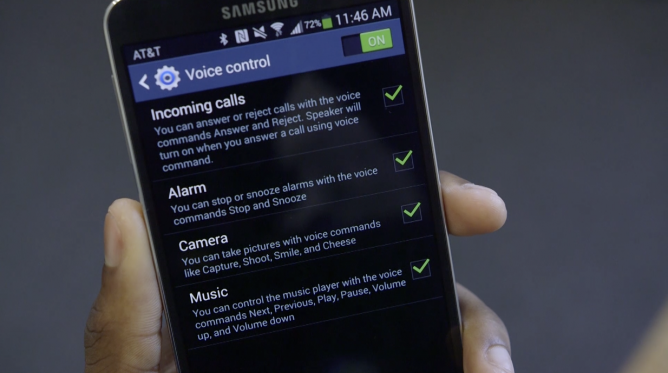 With these settings enabled, you can use voice commands to control the device. Specifically, you can "reject" or "answer" calls (automatically enables speakerphone), "stop" or "snooze" ringing alarms, "capture" photos in the camera app or control your music playback or volume. 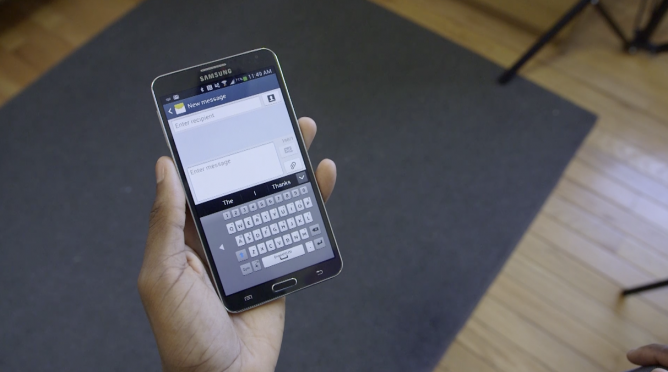 Samsung knows the Galaxy Note 3 is a massive device, so they've thrown in a few toggles to make it a bit easier to use for people with smaller hands. One-handed operation settings, also present on the Note 2, will let you move a few first-party apps closer to the edge of either side of the display. This also works for the Samsung keyboard, which makes one-handed typing at least slightly more feasible.

There's also an option to adjust the scale of every app with a swipe gesture from the edge of the display, but this is not optimized at all. It just shrinks the entire Note 3's display (and hardware buttons) into a smaller window, which looks a bit comical. I don't recommend it. 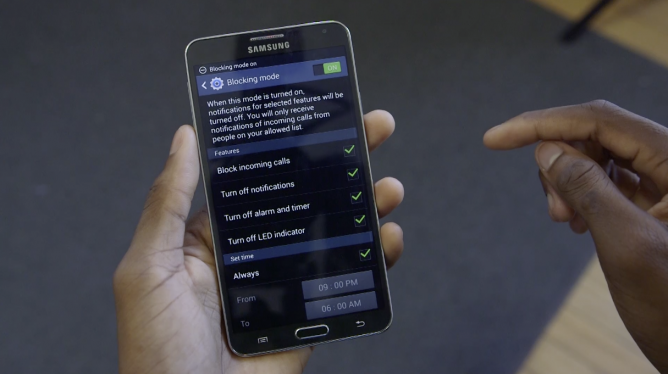 "Blocking mode" is a smart "Do Not Disturb" mode for the Galaxy Note 3. It silences all notifications, incoming calls, alarms and LED indicator activity while enabled. This can also be set to enable itself every day during a certain time frame, so if you know you don't want anything to disturb your sleep from midnight to 6AM (or that weekly meeting from 2-3PM), it can handle itself for you.

You can also allow only certain contacts to break through Blocking mode, so if an important contact calls you during these hours, the phone will let the call through.

Blocking mode is not exclusive to the Note 3 - it's also present on the Galaxy S3, S4, and the Note 2. 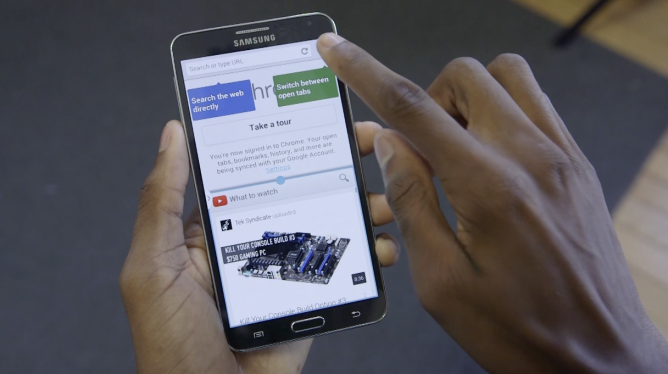 This is a classic Galaxy Note feature that most of us have probably heard of. Holding down the back button brings up a small tab from the left-hand side that slides over to reveal the ever-expanding list of supported apps. Drag two apps onto the top and bottom halves of the display, and you're in business! This is a step above Pen Window because you retain all the functionality of both applications, plus more apps are supported. You can control exactly how much of the display each app occupies.

Other improvements include the ability to drag-and-drop media from one window into another and create paired window presets for faster access to your favorite app pairs. 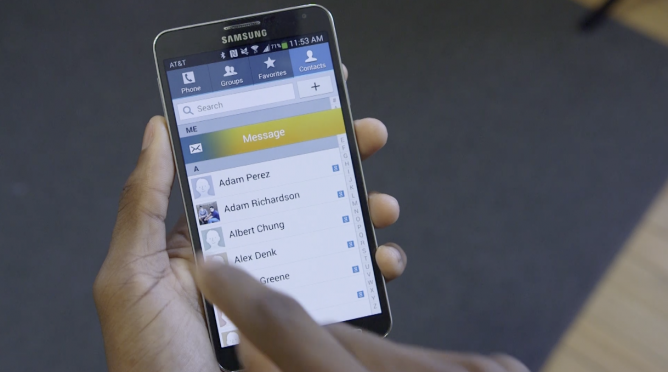 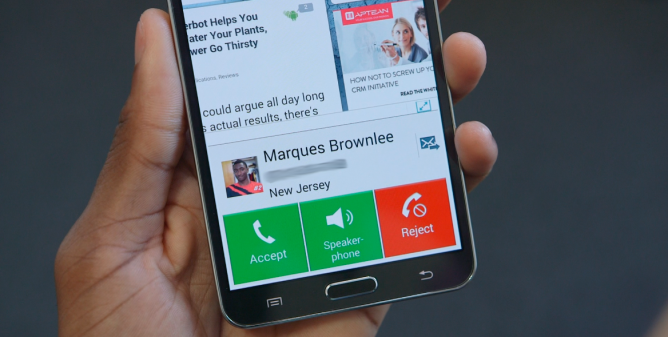 Enable this! It's one of my favorite newly discovered feature on the Galaxy Note 3 and I doubt I'll ever turn it off. Instead of a fullscreen window interrupting everything every time you get a call, you'll get a smaller, movable popup window at the bottom of the display with all the same buttons to accept, reject or message the caller. You'll never be interrupted by another fullscreen incoming call again.

If you don't have a Note 3 but want in on that sweet floating call notification action, give Small Call a try.

If all this is too much to remember, Samsung has added a search box to the Settings app that lets you quickly narrow down the features you're looking for without digging through the menus.

So there you have it. Any favorites? Am I missing anything? Feel free to let me know in the comments. You also also check out the Android Police Note 3 review and my video review of the Galaxy Note 3 on the MKBHD YouTube channel, along with my other video work. Peace!

[Hands-On] Autoblog 360 By AOL Puts You In The Driver's Seat Of A Luxury Car And Lets You Take ...