The KitKat leaks are in full force now and are starting to show up almost daily. Today's offering comes from ZDNet, where they've gotten hands on with some purported screenshots of Android 4.4 running on the 2013 Nexus 7 – most of which simply confirm things we've already seen. There are, however, a couple of new things present here, like the About Easter egg and a few shots that show off the updated clock app. Let's take a look at those first, starting with the Easter egg. 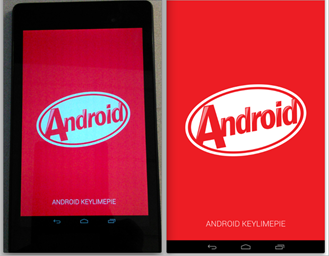 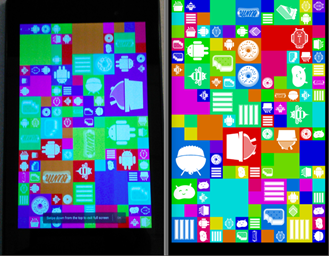 I'll be honest about this one: I'm not convinced this will make it into the final version (if it's real at all). Sure, it looks like KitKat, but the fact that it says "KeyLimePie" is ... strange. It could very well be legit, but I'm personally not so sure. The screen on the right is the new "bean flinger" – it's accessed by long-pressing the Android logo on the KitKat screen shown on the right. For those who may not see the significance to the mosaic, it's a throwback to all the former versions of Android, starting with Cupcake. Nostalgic. 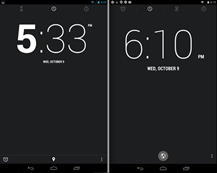 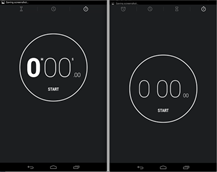 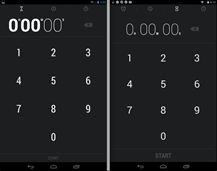 Now we have the clock. In the above shots, Jelly Bean is on the left, and KitKat on the right. The biggest difference here is the thin clock font – no more bold:normal formatting (thank God). The stopwatch also appears to be centered in the screen now, and the hour, minute, and second indicators have dropped to the bottom of the numbers instead of the top. Subtle. Alarms also has its own tab now. 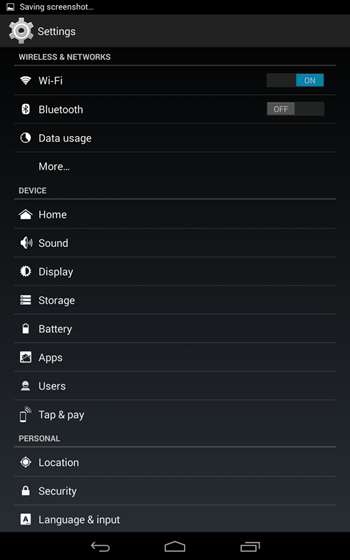 And then there's the Settings menu. At first blush, it seems pretty straightforward, but there's an option we haven't seen before: Home. At this point we can only speculate on what this actually does – it could perhaps be some sort of launcher configuration, maybe even having something to do with the new "Google Experience." It's really hard to say at this point.

Otherwise, it's basically more of the same things that we've already seen, including the app tray (which also shows the new white icon theme in the notification bar), About screen, options for Cloud Print and Tap & pay, and the new Downloads menu. It's worth noting that the widgets menu appears in the app tray here, but this could just be an old build. Or maybe Google changed its mind about switching back to the pre-ICS way of accessing widget (long-pressing the homescreen). Who knows. 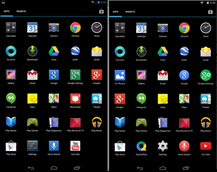 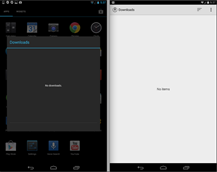 There are a lot of oddities and quirks found in these shots. For example, the icons are new, but app drawer isn't transparent like in newer builds. The download screen is slightly different than what we saw in our leak. Google Photos isn't present here, but the old G+ photos album is. It's like a mix of old and new. That doesn't necessarily make this leak "fake" as some may want to point out, but it's definitely worth mentioning because it's just strange.

Overall, it's probably safe to assume that we'll at least see some of this stuff in 4.4 – especially the stuff that just keeps popping up. Now for an official announcement, please.