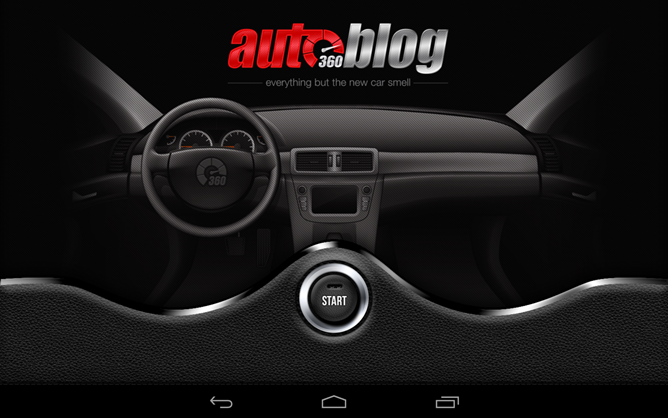 Autoblog 360 is, in a sense, the future of pamphlets. It's the perfect tool for any car salesman sitting down with a prospective buyer who doesn't actually have a clue what they want. This app lets them take a look around several popular luxury cars without anyone having to go out and guide them around the dealership. 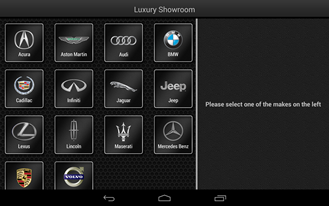 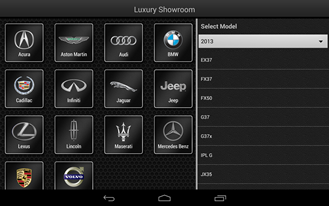 At launch, there are only fourteen brands to choose from. Yet each of these makes yields many models to explore. You will need to have some background knowledge to make a selection, as there are no images provided to help you distinguish one model from the next. But after you've chosen, you're presented with a somewhat lengthy loading time and are then thrust behind the wheel of a brand new car. Actually, you're first given a somewhat intimidating welcome screen that could almost pass for an owner's manual. 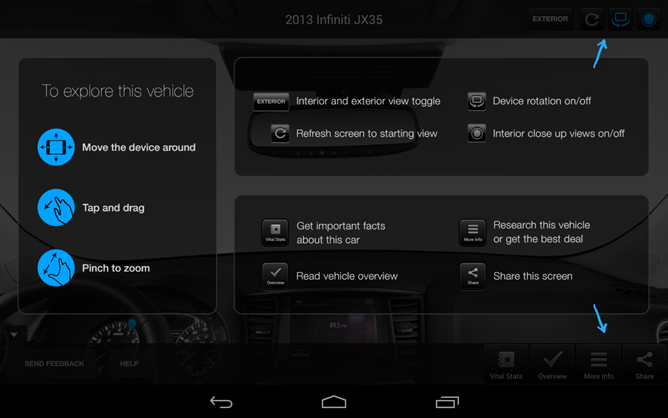 Here's all you need to know from the screen above. You can look around using either the gyroscope or by dragging the image around. Buttons for tweaking the view line up along the top-right corner, and buttons providing more information line the bottom-right. After closing this window, using the gyroscope to look around is rather satisfying. 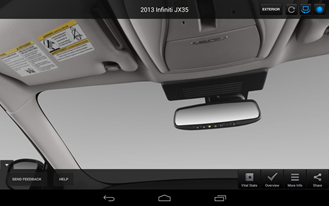 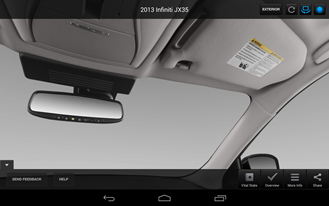 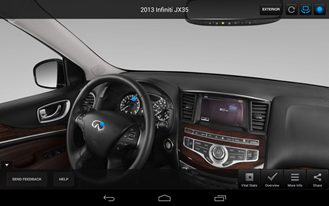 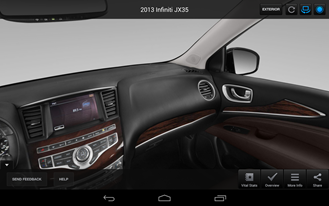 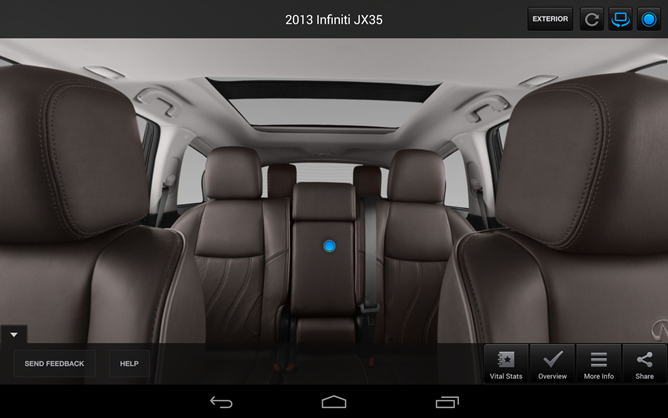 As you can see in a few of the above pictures, blue dots hover over parts of the car that you can tap for a better view. Typically you can have a better look at the dashboard, the steering wheel, the center console, and the backseats. You can select each one individually, or you can filter through them by hitting the navigation arrows. 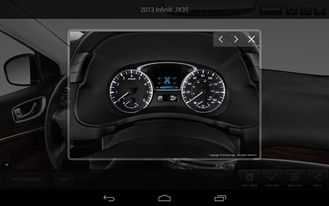 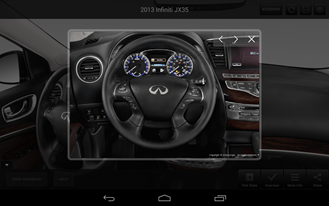 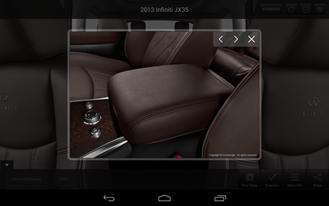 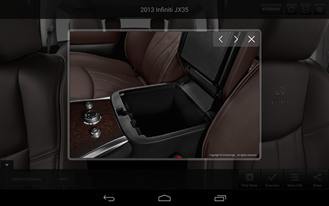 There are also exterior shots available, though they aren't nearly as satisfying as the interior view. This view does not offer nearly as smooth of an experience, and while you can rotate the vehicle manually, it will continuously spin on its own.

You can read more information from inside the app. Some of the stats are genuinely useful, such as the estimation of how many tanks of gas it would take to travel from Los Angeles to Seattle. 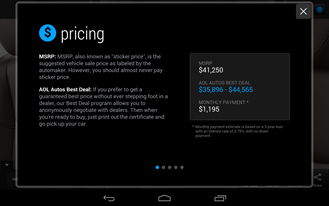 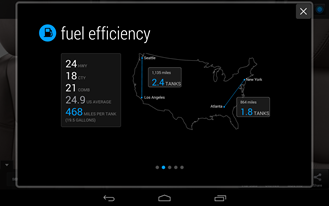 If this isn't enough information, you can pull down more directly from AOL Autos and, if you like what you see, search the site for deals. 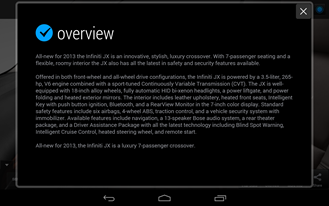 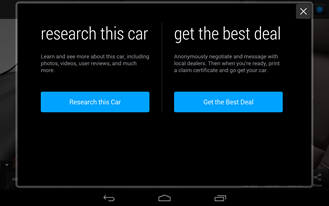 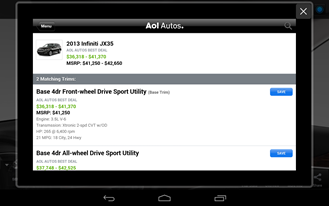 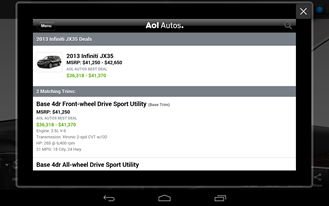 Ready To Go For A Spin?

Autoblog 360 is completely free to use, with nary an ad or in-app purchase in sight. The app is well-designed, easy to get around (the back button navigates the app, a sign that the app was genuinely made for Android), and actually informative. Sure, there's no information contained within this app that you couldn't get elsewhere, but the images provided match those of the actual cars, and it's nifty to sit down inside of one, even if it is just virtually.

It's just a shame the app doesn't contain many non-luxury cars. That would make the app substantially more useful. For the time being, though, Autoblog 360 is more of a mouth watering taste of what's to come than a tool the majority of people will be able to get any practical use from.