If you're a frequent ROM flasher, then you already know the tools of the trade – ROM Manager, ClockworkMod Recovery, TWRP, Goo Manager, etc. – but now it's time to add another to the list: ROM Installer from JRummy. If you're not familiar with Rummy, he's been putting out top-notch apps for root users since the OG Droid days. He's responsible for killer tools like ROM Toolbox and Root Browser, among many others.

But I digress – let's talk about ROM Installer. Basically, this is an easy way to find and install new ROMs, much like ROM Manager. According to the Play Store listing, "ROM Installer has the most ROMs available in any app you will find on the Google Play Store," so of course you'll find all the big names there: CyanogenMod, AOKP, Paranoid Android, MIUI, Carbon, and many others – perhaps some you've never even heard of. Naturally, certain devices will have more options than others, simply because there's more support. 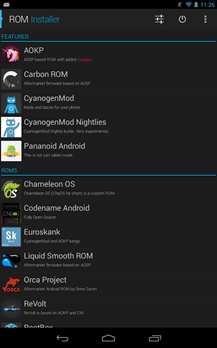 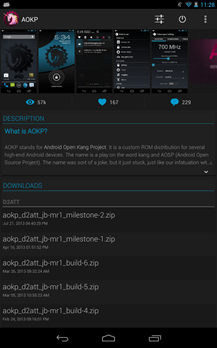 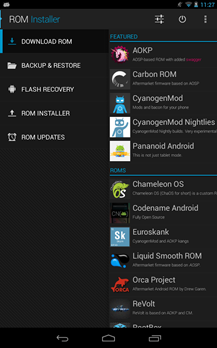 Aside from making easy work of ROM installation, ROM Installer can also keep your recovery updated (be it ClockworkMod or TWRP), create and restore Nandroid backups, extract files from Nandroid backups, flash multiple zips in tandem, notify you of new updates to your ROM, and it even has built-in access to Goo Manager.

During its beta period, ROM Installer is free. Once it exits beta, a premium license will be needed to access some of its features. Head below to check it out, and join the Google+ community to be a part of the beta program. 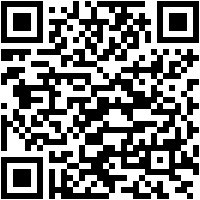 [Weekend Poll] Based On The New Leaks, Is Android 4.4 A Visual Improvement Over 4.3?