Here's the inside scoop - people love Samsung Galaxy devices. So if you're a carrier looking to pick up more customers, you're going to want to offer them more Galaxy devices. And what's one thing that's sure to catch the average consumers eye? It's not specs, nor is it build quality. It's color. Enter the pink Samsung Galaxy S4 Mini on AT&T, the latest leak shared by @evleaks. 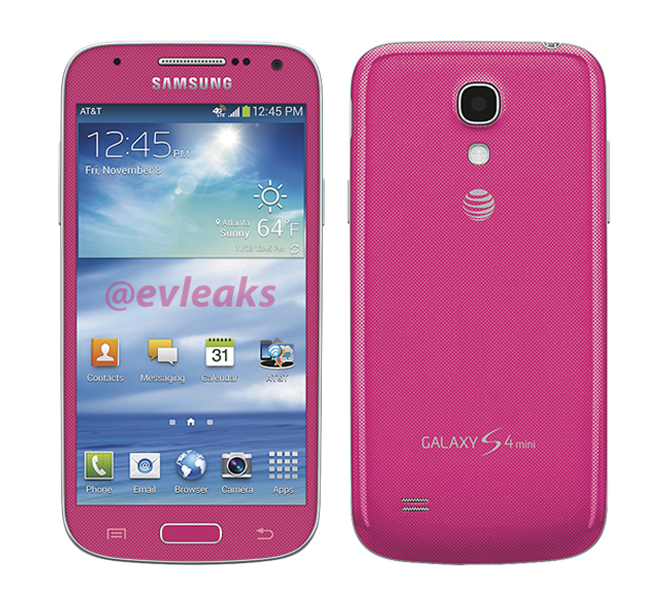 Pink obviously isn't the first color you're going to launch a new handset in, but there's a solid number of consumers out there who live and die by a hot pink phone, and since people who want such a phone are likely to have smaller hands, the Galaxy S4 Mini is a logical choice. And now that you're committed, what better time to roll one out than during Breast Cancer Awareness month? You get to pick up more customers and be philanthropic at the same time, a win-win for everyone.