Today Twitter has officially introduced the long-awaited tablet version of their Android app, and it should look pretty familiar. This UI was first leaked during the Samsung Unpacked event last month in Germany, but Twitter kept their lips sealed regarding the issue. Now the company is ready to show off their new Android tablet UI to the world, only you will still need a 2014 Galaxy Note 10.1 in order to use it. 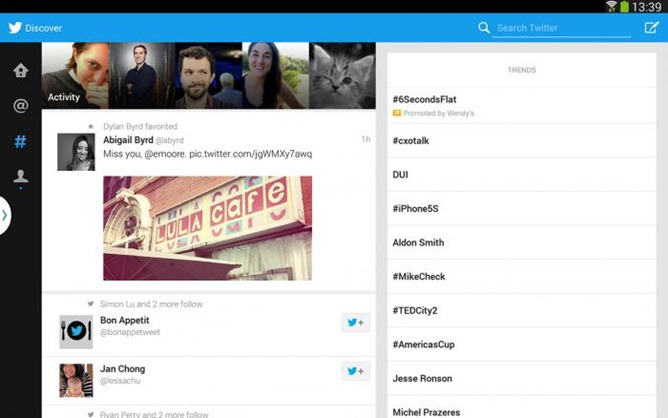 This landscape view allows for much more content to fit on screen at once. Clicking on a tweet with multimedia attached will expand photos, videos, and article previews on the right side. Clicking again will shoot you out to a fullscreen view of the content. Long-story short, it functions like the leaked APK we got our hands on last month, just cleaner.

The Galaxy Note 10.1 version of the app does come with a few exclusive features, however. There's a multi-screen view that lets you view Twitter and another app side by side. There's also the option to use the S-Pen to create and tweet colorful illustrations. 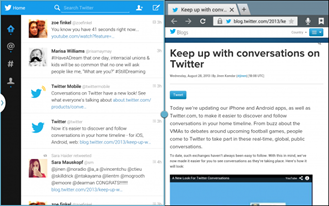 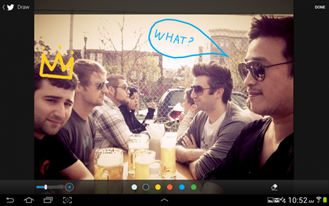 Other tablets will get the new Twitter UI by the end of the year. It's a bummer, but after years of waiting, it's nice to know that we don't have much longer to go. Still, it's a little weird to see that the tablet version lacks any of the changes we've seen pop up in the Twitter beta.

Push Fitness Band Claims To Measure Strength Unlike Any Other Consumer Device, Currently ...