Hero Academy is a charming and addictive turn-based strategy game made by people who know a thing or two about strategy games. It may not look like it, but some of the folks behind Hero Academy have worked on the likes of Age of Empires and Halo Wars. This game has brought in such accolades as a 2013 Mobile Game of the Year D.I.C.E award and a near perfect rating on the Apple App Store. 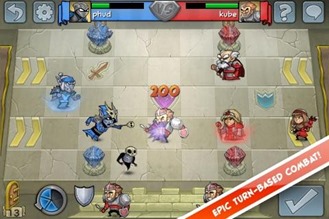 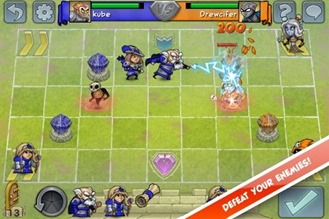 In Hero Academy, your goal is to command the strongest team in the land, and after you've defeated your friends and enemies alike, you may just succeed. You can invite players from Facebook or Twitter and chat with them in-game. You're also free to multitask as you fight, as push notifications will let you know once it's your turn.

You can personalize your team using various customization options and expand your roster with additional heroes. The player who assembles the best team and knows how to capitalize on their opponents' weaknesses, naturally, will prove to be the winner.

The game is free to play, but there are in-app purchases that offer additional content, such as a 99 cent challenge pack that offers 30 single player missions to entertain you while your wait for opponents to take their turns. So if you want a strategy game that has already won the hearts and minds of countless fans, Hero Academy awaits in the Play Store below.