Today, I'd like to present rumor #7, which is going straight to Android Police because of the high confidence level.

Based on everything I've seen so far, I'm assigning this rumor a score of 8 out of 10. I'm docking two points because the features and the UI could change, but that's impossible to say until KitKat is out.

Update 10/11/13: With this independent confirmation from TuttoAndroid that matches this rumor perfectly, I'm upgrading the confidence level to a 9.

The Location access screen in Android 4.3 is getting revamped and is now called simply Location.

The Location on/off toggle has moved up from the area that used to be called Access to my location to the top right corner, which makes a whole lot more sense to me.

The two Location sources checkboxes which used to be GPS Satellites and Wi-Fi & mobile network location are gone and are now replaced by an entirely separate screen called Location mode. There are 3 location modes:

As you can see, there really isn't any new functionality here because all the permutations of options that we had before are still achievable. However, the new layout makes more sense logically because it removes the duplication between tapping Off in Location access and unchecking both boxes, which both led to the same result. Now, there's only one way to turn off all location access and 3 accuracy levels when it's on. And I kind of like it like that.

The new simplified options are also inline with the simple Fused Location Provider API components announced at I/O 2013, which means developers using them will have parity between the APIs and the user-facing options. Things are starting to make sense now, right? 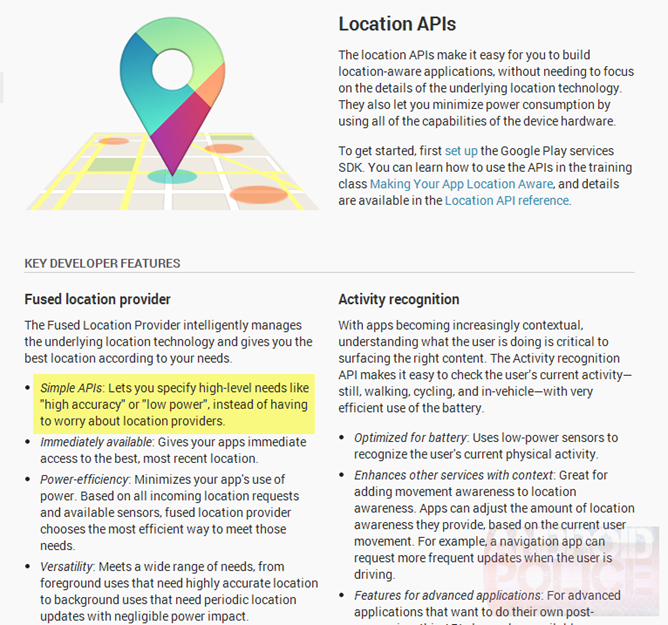 Last but not least, we should be getting a feature I've been dying to see in Android for as long as I can remember: a history of recent location requests.

The picture below on the right in the first row illustrates the reason perfectly and happens all the time - some app or process running in the background randomly tries to acquire a GPS lock and starts draining the battery. The worst part about this is I have no idea what app is responsible for requesting it. I'm not running Maps, so why is the GPS locked on and stays locked on for a while at times? Without a history of location requests, I feel quite powerless. This is where the new location request history comes in.

As you can see in the screenshot on the left, the two entries are OS components rather than apps, which is nice but isn't really super helpful. This could have happened for several reasons - no apps have been started since the phone booted, the feature isn't entirely ready for prime time in this build, or all the apps that requested location have done so using the Fused Location Provider API and are therefore not displayed, since they're essentially getting locally cached location coordinates without activating any sensors.

Whatever the reasons may be, I'm hoping that by the time the recent location requests feature is complete, the screen is as useful as possible in debugging GPS-related battery drain issues.

We were sent several screenshots that support the above rumor and show the new Location screens. I'm including the old UI from a Nexus 4 as well as a Note 3, both running Android 4.3, for comparison and demonstration purposes.

Once again, I'd like to reiterate that anything could change between test builds and the final product, so this should be considered only a rumor, though one I feel pretty confident about. 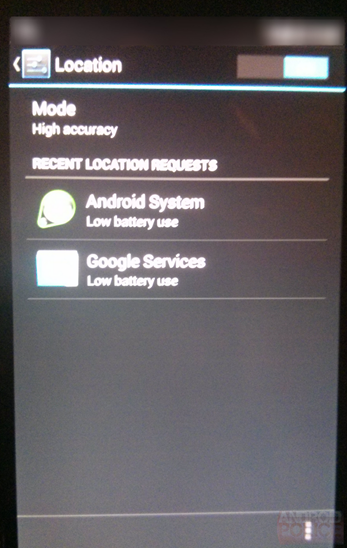 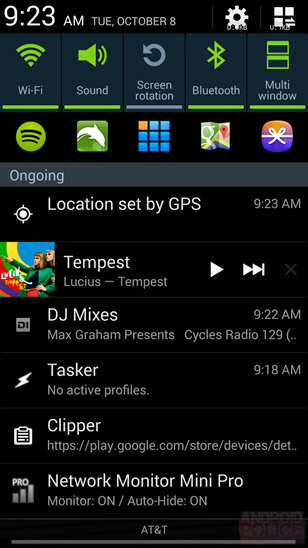 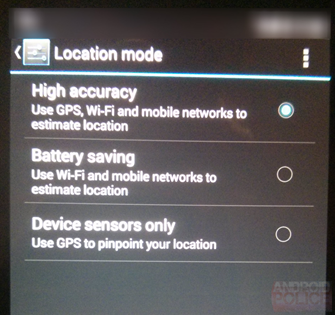 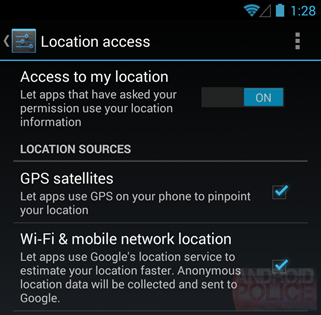 I'm expecting the updated Location settings and the history of location requests to be available in Android 4.4 KitKat upon its release.