Welcome to the latest entry in our Bonus Round series, wherein we tell you all about the new Android games of the day that we couldn't get to during our regular news rounds. Consider this a quick update for the dedicated gamers who can't wait for our bi-weekly roundups, and don't want to wade through a whole day's worth of news just to get their pixelated fix. Today we've got a typographical platformer, Tin Man's latest game-book, an over-the-top racer, a relaxing puzzle game, and a licensed Dreamworks title. Without further ado:

If you want a whirlwind tour through the history of typefaces (don't call them fonts or the nearest graphic designer will beat you with his Macbook Air) then Type:Rider is happy to oblige. It's a pretty basic puzzle-platformer that goes the indie route of silhouetted characters and environments, but instead of some vague background, it's a museum-style slideshow of the history of typesetting. If you don't care about the subject, then the fact that you get to play as an umlaut will have to be enough.

Immerse yourself in this fascinating and unique experience to uncover the history and secrets of Fonts & Characters! Play as 2 dots and travel through the ages of typographic styles and techniques. From the rock paintings of prehistoric times to Pixel art of the 2000’s, solve all the riddles by riding the most popular fonts and characters (Garamond, Helvetica, Times New Roman, Pixel, Comic Sans...) in a very captivating musical and visual environment. Type:Rider is an adventure puzzle game that brings gaming experience to a whole new daring level. Once more, with feeling. Tin Man's RPG-slash-Choose Your Own Adventure titles keep rolling out, and their fans keep buying them. The latest is a pretty standard swords and sorcery affair with a focus on European folklore. This one also has full-color illustrations and a few new twists and turns centered around a casting system. Forgotten Spell is cheaper than some of Tin Man's previous entries at just four bucks.

Spellcaster: The Forgotten Spell is an interactive fantasy novel set in Suidemor, where danger lurks around every corner. Solve puzzles and cast magic as you seek the Forgotten Spell, a curse cast over the King of the Elder Fey. Journey to the city of the Faeries populated by magical fey who trade in mystical crafts and weave magical spells. Encounter strange and weird creatures - trolls, leprechauns, goblins, imps and hags. Use your elven heritage to wield powerful spells as well as your wits to solve fiendish riddles and puzzles. Will you survive in this strange world? If you don't know what drifting is by now, feel free to skip the rest of this section. If you do, and you're in the mood for a racing game with some flashy graphics, in-app purchases, and a very loose approach to the laws of physics, then read on. The usual upgrades and multiple racing modes are present, plus online multiplayer and Xperia Play/MOGA controller support (yes!). The cars aren't licensed, but they're good enough copies that you'd have to look closely to tell.

Drift Mania: Street Outlaws takes the heat to the streets allowing players to battle and compete in underground drift events based on various world locations. From Japan where it all began, to the Swiss Alps, Desert Canyons and the steep hills of San Francisco, Street Outlaws will take you to the edge of your seat while drifting around some of the most hazardous roads. Delivering the same addictive gameplay as the other titles of the Drift Mania series, Street Outlaws features high end 3D graphics, more realistic controls and a new improved multiplayer mode. 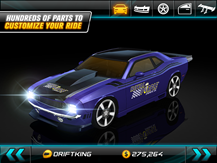 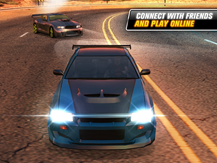 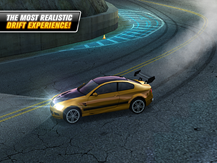 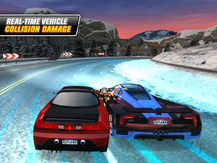 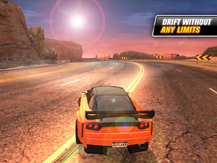 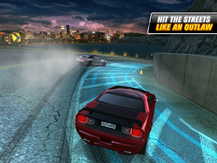 Grandpa's Table is your basic sliding box puzzle game with some surprisingly high production values. It's played on a 2D plane with 3D graphics and no small amount of ambience, unfolding a story about a grandson learning about his grandfather's life. With soothing music and "no pressure" game mechanics it fits broadly into the zen subgenre. The $1 HD version gets rid of the advertising and bumps up the graphics a bit.

There is a room with an old table. You don’t remember who designed it and with what purpose, but you know that it hides a game, game that hides a secret. A game that must be played to save memories from fading out… Grab your device and discover the mysterious world of the grandpa and his memories - solve relaxing puzzles, collect mementos and explore the history of the grandpa’s life.

What is it lately with licensed games that are years late to the party? This Dreamworks title has you spinning Seth Rogen B.O.B. of Monsters vs Aliens fame around a stage, trying to... well it's not exactly clear what you're trying to do. But the gameplay is similar to ye olde marble maze games with some humorous, kid-friendly content thrown in.

Join Team Monster! Help B.O.B. on a gravity-defying quest around Area Fifty-Something by spinning and controlling the world around the indestructible gelatinous hero! Embark on classified missions under the command of General W. R. Monger to achieve WACKY and FREAKY MONSTER objectives and work your way up the ranks! But WATCH OUT for Coverton who's only goal is to FREEZE you and sabotage your mission! Remember, failure is not an option!!!