We've all heard the horror stories of overseas data charges where overages can quickly run into the thousands of dollars. If a picture posted (of all places) on a Shakira Facebook fan page is accurate, T-Mobile is set to do away with overseas roaming (at least partially) in more than 100 countries as part of Uncarrier Phase 3. The announcement is coming today at 8:15PM eastern. Note: Check the update below. 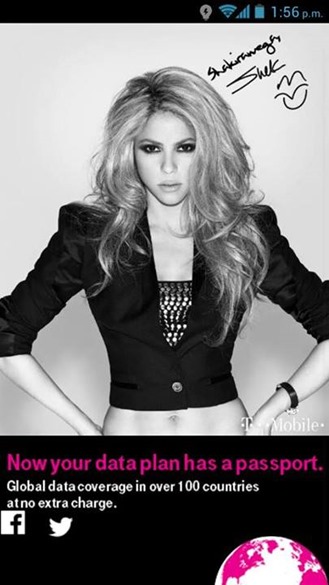 The Shakira tie-in is a little confusing, but the singer is going to be performing at the event tonight. Her status as a non-US artist, combined with all the not so subtle references to the "world" in T-Mobile's teases lends some credence to this leak. The image is a screenshot of a "digital autograph" fans will apparently be able to get with T-Mobile's new international feature emblazoned at the bottom.

It isn't clear if the global data will be unlimited or throttled in some way. Perhaps travelers will get a bit of data at full speed, then be bumped down to 2G speeds. Whatever the case, travelers might not have to worry about coming home to a giant phone bill if this is legit. 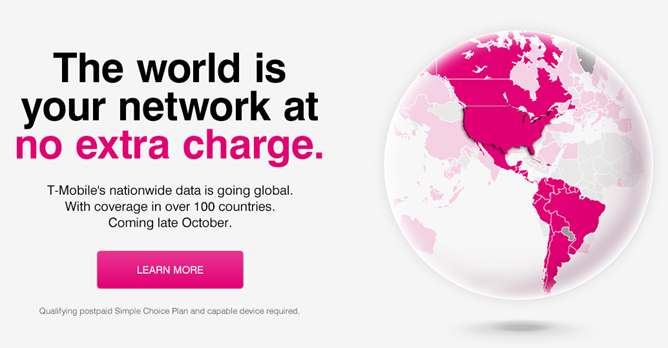 Update: T-Mobile has updated its website to talk up the new international data feature. The 'Learn More' link currently redirects to the generic coverage page, so we don't have all the details yet. From the homepage we can ascertain that the 100+ countries figure is correct, and the feature is going live later this month. The magenta countries on the globe are presumably supported by the program. It's looking like all of North and South America except for Cuba and Paraguay are in, as well as almost all of Europe. A big chunk of Asia is pink, as are a few spots in Africa.