Today, I'd like to present rumor #5, which is going straight to Android Police because of the high confidence level.

Based on everything I've seen so far, I'm assigning this rumor a score of 9 out of 10. I'm docking a point because I don't know if the final UI will change or not, but that's impossible to say until KitKat is out.

The stock Downloads user interface, which has had a Holo Dark background and has been very obviously on the backburner for a while now is getting a long overdue fresh coat of paint.

Unfortunately, at this point I don't know if new sorting options have been added to the two existing ones (size and date), but I can't think of any that would be really necessary here outside of maybe the sort direction.

As you can see, the new UI is consistent with the move to lighter, more easy-on-the-eye colors that we've been seeing from the Android team lately and looks better than ever.

We were sent a screenshot that supports the above rumor and shows the new UI. I'm including the old UI from a Nexus 4 running Android 4.3 for comparison purposes on the right. 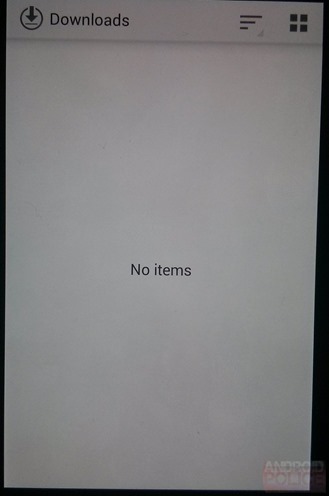 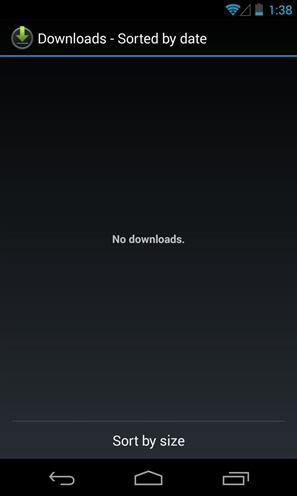 I'm expecting the updated UI to be available in Android 4.4 KitKat upon its release.

Griffin PowerDock 5 Quick Review: The Charging Solution I've Been Waiting For, But It Comes At ...