When it comes to Android gadgets, I have sort of a "the more, the merrier" mindset. But that poses a huge problem (aside from my wife's constant anger at money being spent on "another device I don't need"): charging them all is an absolute pain in the posterior. There are generally two choices: cords everywhere! or making my devices take turns charging. If you only have two or three devices, the latter option may be somewhat acceptable; anything more, however, and that's just not practical. Of course, having cords laying around everywhere is not only impractical but also unsightly.

Enter Griffin's PowerDock 5 ($99), a badass five-port charging station that makes easy work of juicing up multiple devices at the same time ... for the most part. 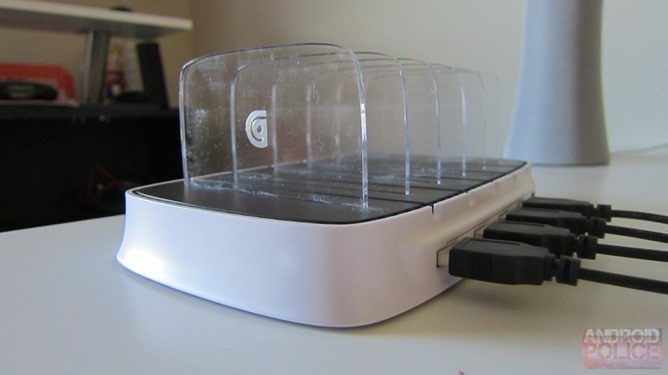 Right out of the gate, it's kind of clear the the PowerDock 5 was designed with iOS devices in mind. Its clean, white aesthetic just matches the overall look of many Apple products (and it doesn't hurt that Griffin touts it as "optimized for iOS devices). While that sort of thing normally bothers me, I don't find it overly-offensive with the PowerDock 5; in all honestly, I really like how it looks. Also, going back to the whole "iOS optimization thing," Griffin also says it will work with most USB devices, just in case that was actually something you were wondering.

Each of the PowerDock 5's charging bays are separated by clear plastic dividers and feature small cable runs in between, which makes for convenient cable management if needed. The bottom is also covered in rubber, so it won't slip off of smooth surfaces. That said, the way it's laid out also makes it kind of awkward looking unless it's positioned correctly. The power cable (which features a rather large brick) comes out of one side... or it could be the back, depending on how you use it. This is of course makes the positioning very important, because no one wants to see the power cable. That's just ugly. Also, because of the port layout, I can conveniently place the PowerDock on the right side of my desk, but when placed on the left it just looks horrible – either cables are laying everywhere or the power cable is in the front. Thankfully the right side makes me the most sense to me, but your mileage may vary – it's just something to consider.

The PowerDock 5's USB ports supply 10 watts of power – 5 volts at 2.1 amps each. That's pretty typical of most Android device chargers these days, and it's easily enough for almost every phone, tablet, and other Android-powered thingy out there. There are of course some exceptions to this, and if you've read any of our past multi-device charger reviews, you'll know exactly where this is going: ASUS' Transformer line. For some reason, ASUS has made every single one of the Transformers up to this point with a proprietary charger, and they will not charge with anything else. It's annoying. Past that, however, the PowerDock has handled every device I threw at it without breaking a sweat. Not that it can really sweat in the first place. 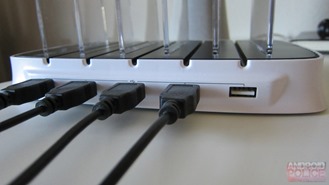 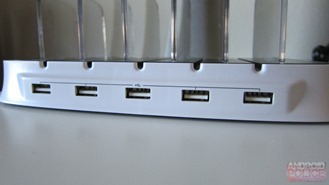 One downside of the PowerDock 5 is that it doesn't come with USB cables. While it's unfortunate that Griffin couldn't toss a handful of short microUSB cables in the box, it's also understandable – this is "optimized for iOS," after all. Alas, USB cables are dirt cheap these days – I ordered a five-pack lot of 12-inch microUSB cables from eBay for less than $6. They do exactly what I need without being too long and in the way.

When it comes to charging speed, it really varies. All of the ports are identical, so it depends on what you're used to. For example, if you usually charge your phone with a 1A AC adapter, then the 2.1A ports on the PowerDock 5 will juice it up quicker than the standard charger. If, on the other hand, you use a 2.0-2.1A adapter, charging time should be roughly the same. So, it all depends on the device and adapter combination you normally use. 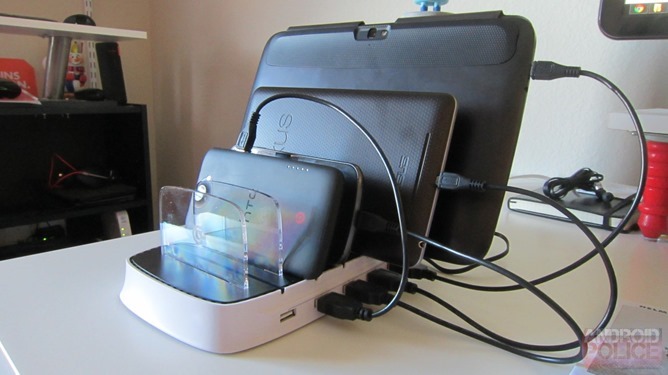 As much as I like the PowerDock 5, there is one glaring issue with it: the price. At $99, it's overpriced. I could see this unit coming in at around $50 or $60, especially when many other multi-device charging options cost even less than that. Of course, I do think the PowerDock is one of the most elegant-looking solutions for the charging conundrum and it does feature a place to actually put the devices while they're charging, which to me helps justify a slightly higher price tag than some of the aforementioned competitors.

Overall, I think the PowerDock 5 is an extremely useful and visually pleasing product. If you have multiple devices and don't mind shelling out top dollar for a solid charging solution, then I easily and readily recommend Griffin's offering. Otherwise, David rounded up a nice selection of much more affordable products just yesterday.

Here Is The Long Overdue Makeover The 'Downloads' UI Will Get In Android 4.4