Welcome to the latest entry in our Bonus Round series, wherein we tell you all about the new Android games of the day that we couldn't get to during our regular news rounds. Consider this a quick update for the dedicated gamers who can't wait for our bi-weekly roundups, and don't want to wade through a whole day's worth of news just to get their pixelated fix. Today we've got an interesting top-down shooter, a couple of Disney adventure games, a unique maze puzzler, and a free release from Rovio. Without further ado:

This here is the second game published by Nickelodeon (or technically by MTV Networks), and the first that's not based on an existing property. Scribble Hero is your typical top-down shoot-em-up, but the addition of some hand-drawn graphics that are more than a little reminiscent of Doodle Jump makes it visually interesting. Extra points for a ghost mode in a shooter, Nickelodeon, but I'll have to dock you for including IAP in a $3 game.

Get drawn into an action-packed world when you join the heroic doodle, Sketch, in a battle to save your notebook from an army of sinister scribbles and evil doodles! Scribble Hero charges real money for additional in-app content. You may lock out the ability to purchase in-app content by adjusting your device’s settings. Face off against diabolical bosses like the fire-breathing Dracopede and the alien overlord Triblorb on your way to uncovering the ultimate boss of Scribble Hero! 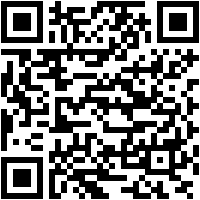 Ghosts of Mistwood got its start as a Facebook game, and strangely it's not based on any existing Disney property. It seems to be a mix between a standard adventure title with a bit of Sim City and Farmville thrown in. The production values are impressive - you won't see this caliber of 2D art on many games. The title is brand new on Android, so prepare for a few kinks... and in-app payments, if the game follows its Facebook progenitor.

Your Aunt has been kidnapped and is hidden somewhere on your haunted family estate. Help the ghosts and discover clues to find her!

Wow, Disney, you guys don't really get the whole "timely" aspect of licensed games, do you? This version of Alice in Wonderland is based on the mildly creepy Tim Burton reboot, so expect lots of offbeat art and non-sequiturs. It's a pretty typical isometric adventure game with a plot that's a rough sequel to the movie (which was already a pretty rough sequel, as I recall). Whimsical environments and puzzles abound.

Explore the vibrant world of "Alice in Wonderland" in an enchanting new Disney game inspired by the hit live-action film! Experience unbelievable sights and unravel the curious mysteries of Wonderland, as you fight to thwart the return of the dreaded Red Queen and her minions.

• Download and play in your choice of English, French, German, Italian or Spanish!
• Meet familiar friends throughout your journey, like Alice, the Mad Hatter, the White Rabbit, and the March Hare.
• Visit and explore more than 3 visually stunning locations such as the Mad Tea Party, magnificent White Queen's Castle, cozy Bayard's Village, and many more.

The Impossible Line is an interesting diversion: you guide an arrow through a maze not unlike the ones featured on so many kid's activity books, finding stars along the way for a better score. The trick is that you only see the maze for a second or two before it disappears. The rest of the time you'll have to carefully make your way through the now-invisible maze, with only a few subtle contextual clues to help you along. International readers, here's your link.

Can you beat the chalkboard challenge? Drawing a line with your finger is about as simple as it gets, but when you include disappearing obstacles, moving objects and keys to collect you get one seriously tricky puzzle game. Take on the Impossible Line and put your skills to the test. Use your finger to draw a line on the chalkboard and reach the goal while avoiding the obstacles that vanish as soon as you touch the screen.

We featured (and reviewed!) the original release of Tiny Thief, Rovio's first game released as a publisher. It's a charming little 2D adventure game with some of the best raster art around, and the open-ended stages and puzzles should keep you occupied for quite a while. The free version includes advertising in lieu of payment.

In a world of greed, corruption and injustice, one little guy decides to stand up for the little guy! Say hello to Tiny Thief, an unconventional hero who uses cunning and trickery to out-smart his opponents. Tiny Thief brings back the magic from the point-and-click games of old, charming you with its very own visual style and offbeat sense of humor. Get a taste of the game with Tiny Thief Lite, and then upgrade to the full version to enjoy six big adventures filled with mind-boggling puzzles, fearsome foes and tons of unexpected surprises!

The Galaxy Round Is Samsung's Curved-Screen Phone: 5.7 Inches, 1080p, And Only In Korea For Now