AT&T might be steadfastly refusing its customers full access to the devices they "own," but it's still plenty possible to get root access on most new phones, especially if they're popular. The Samsung Galaxy Note 3 certainly qualifies for the latter, and the fellas at XDA have come through once again. XDA Recognized Developer "designgears" (with a little help from the reliable Jorrit "Chainfire" Jongma) has released a working root method for AT&T's model of the Note 3 (SM-900A). 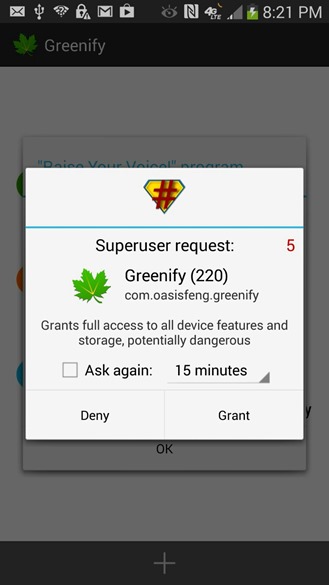 Unfortunately the steps to getting root are not altogether straightforward. You'll need a Windows PC, Samsung's Odin software, and a basic understanding of the tools of the trade (bootloader mode, download mode, and some ADB skills wouldn't hurt). The root package is a whopping 2.2 GB, and it will both downgrade your AT&T Note 3 to a slightly older firmware version and completely wipe personal files. It might be prudent to wait for a root solution on the latest firmware unless you really, really need it.

All that said, early users are reporting no problems with designgears' solution. And he's called it "Root De La Vega," a not-so subtle dig at the AT&T Wireless CEO. AT&T's version of the Note 3 still doesn't have an unlocked bootloader or access to custom ROMs, but this is a step in the right direction. Check the XDA forum post for full and detailed rooting instructions.