By now we all know that HTC promised to have Android 4.3 ready for American HTC Ones by the end of September and have gotten over the disappointment in whatever way works for each of us. Sprint customers have fared the best so far, as their update started rolling out only a few days after the missed deadline. Now AT&T customers are having their day in the sun. HTC Americas president Jason Mackenzie has sent out a tweet announcing that the update has already started shipping out to users.

AT&T 4.3 update has officially begun to push. You should see it thru the ATT sw update.

Sure enough, users have started to post screenshots to the XDA Developers forums. It's being rolled out under build number 3.17.502.3. You have to check for it using AT&T Software Update, not About > Software Update. 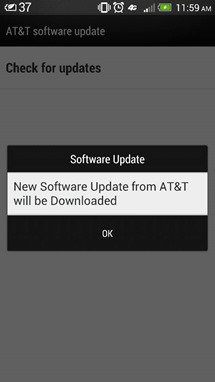 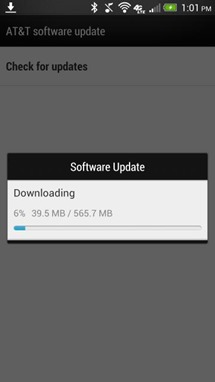 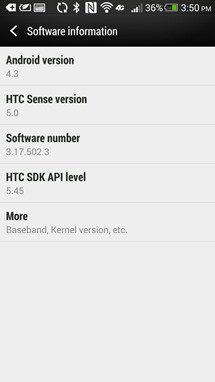 Update: Here's a list of new features straight from AT&T.

Beginning Oct. 8, customers who have an AT&T HTC One® will be able to upgrade to Android 4.3 OS with HTC Sense 5 along with several important enhancements.

In addition to the Android 4.3 Jelly Bean upgrade, this update also includes:

The AT&T HTC One is available in white or black with both 32GB and 64GB storage options.

For a successful install, we recommend the phone have at least a 50 percent charged battery. If you have a HTC One, you should see a notification that your update is available for download. Follow the prompts to download and install it. You can also got to the Settings icon in the apps menu > Tap AT&T Software Update  > Tap Check for Updates and follow on screen instructions , once installed your phone will re-start automatically. For more information please visit www.att.com/softwareupdates