Reports have been circulating for the last week or so that the Android 4.2.2 bits were arriving on WiFi-only Note 8.0 devices, but now the floodgates appear to have opened. Almost all Note 8.0 units in the US should now be able to get the update in the system menu or by connecting to Samsung's Kies software. 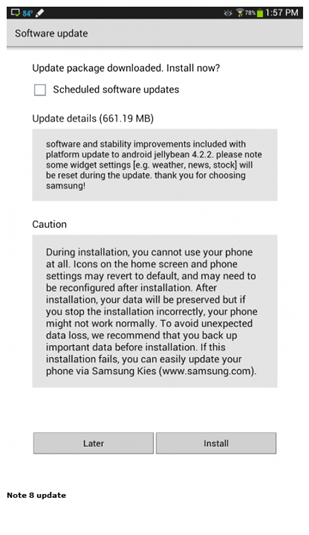 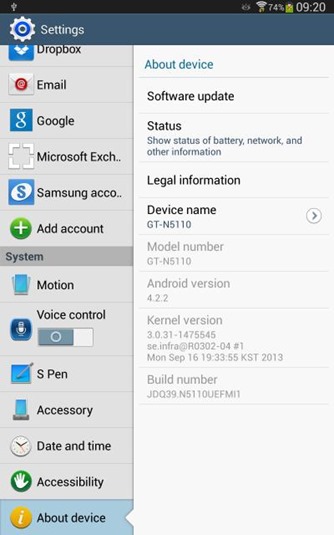 Aside from bumping the Android version to 4.2.2, this update is supposed to improve system stability and make a few UI tweaks to apps including Contacts, S Planner, and Email. The LTE variant of the device has already received the update last month, so this just brings WiFi-only users up to speed. 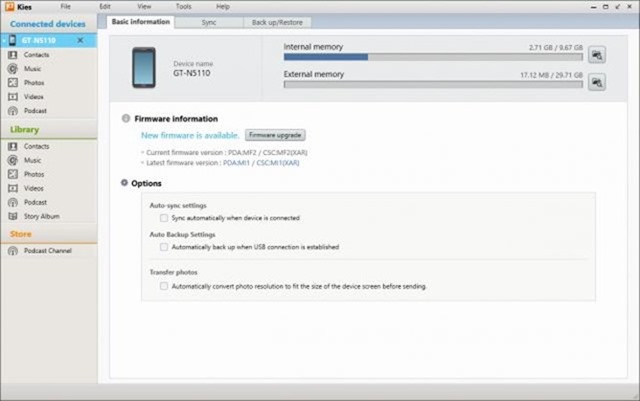 Go ahead and check for updates on your device or connect to Kies – the new version will probably be waiting for you.