Even with Microsoft pulling Skype's strings, there are still updates coming to the Android version of the app. Skype 4.4 brings the usual collection of bug fixes and tweaks, but there's also a new tablet UI and improved video quality for all Android devices. 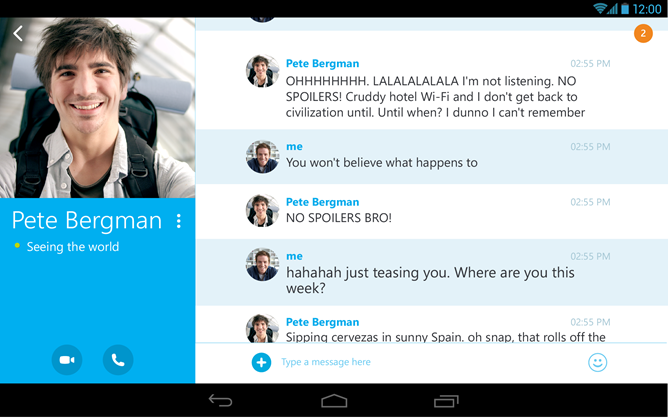 The updated tablet UI will emphasize conversations by displaying your most recent calls and chats with each contact entry. The look and feel has been streamlined a bit too. Tablet and phone users will also be getting vastly improved video quality – as much as 4x the old video resolution with higher frame rates, bandwidth permitting. These changes apply to standard Android devices, but also to the Kindle Fire HD and HDX tablets.

The update should be in Google Play at some point today, but it won't be on the Fire tablets until later this month. You can, and should, start preparing for the clearer video now. Get a haircut or something, hippie.