Google's just posted up the release notes for the latest monthly Glass update - XE10 - and it brings a few significant new features. First among them is transit directions, which is pretty self-explanatory. Here's what that looks like, along with another new feature, avatars in messages and comments. 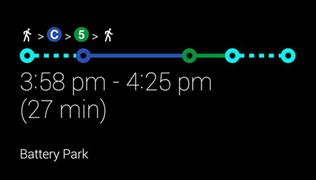 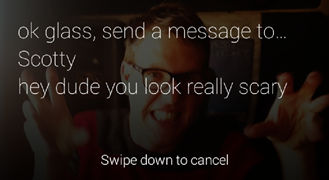 Avatars certainly decrease the blandness of the messaging interface, and hey, maybe you forgot who you were messaging and need a visual cue to remember who this person is, or something. It happens.

Finally, Glass now supports the viewing of links in tweets, texts, emails, and other notifications - just tap the notification card and select the new "View site" option. You can find the release notes for XE10 here. This update is considerably smaller in terms of changes than last month's XE9 release, which brought support for Google Apps accounts, sound search, a whole bunch o' Google Now cards, and a lot more.

HBO Shows Are Now On The US Play Store: Game Of Thrones, True Blood, And The Newsroom Seasons ...

Skype v4.4 Brings A New Tablet UI And Up To 4x Video Resolution For All Devices