Welcome to the latest entry in our Bonus Round series, wherein we tell you all about the new Android games of the day that we couldn't get to during our regular news rounds. Consider this a quick update for the dedicated gamers who can't wait for our bi-weekly roundups, and don't want to wade through a whole day's worth of news just to get their pixelated fix. Today we've got an office-themed stealth game, an adorably vicious co-op shooter, and an admirable Pilotwings knockoff. Without further ado:

Imagine, if you will, that someone mixed the gameplay from the original Metal Gear and the setting from Office Space. That's Level 22, complete with exclamation points, copiers, and cardboard boxes. Your mission (should you choose to accept it) is to infiltrate your place of business without alerting any of your tattle-tailing co-workers, who will get your pixelated butt fired for being late one more time. Equal parts sneaky and snarky, this one should be great for anyone who likes to wear a stealth suit under their khakis.

THE FIRST STEALTH GAME SET IN THE MERCILESS AND FRENETIC WORLD OF WORK! Are you late for work? Start panicking! Gary is an office worker who oversleeps after a drunken night out on the town. Here’s where it gets tricky, because this isn’t the first time Gary’s been late for work, and he could be fired if he’s spotted arriving at his desk after everyone else yet again. So he’ll have to prove he’s smart and sneaky enough to make his way up all the 22 floors between him and his office without being seen.

We've featured Battle Bears before: it's a pretty basic class-based shooter with some respectable online action. The latest installment in the series puts a bigger focus on single player with a full-on campaign mode, plus co-op missions for when you feel like a little tag team action. Unfortunately some early users are citing compatibility and control issues, so you might want to let this one get an update or two before downloading.

Award winning 3D Multiplayer Shooter! WIL'S FINEST HOUR continues the story of BATTLE BEARS across both single-player campaign and multiplayer arcade shooter gameplay with over 22 minutes of brand NEW BATTLE BEARS cutscenes. It's Wil's finest hour! Join Wil and his computer companion aBBi on an adventure across 12 challenging levels with over 10 new types of weapons. Then, TAKE THE FIGHT ONLINE as you and a friend battle hordes of Huggable's in 3D MULTIPLAYER shootouts! Yeah, this is Pilotwings. If you're too young to remember Pilotwings, it's a physics-based game where you fly your bike-glider around obstacles and past objectives.This incarnation includes a time attack mode and a bit of target practice, because dangling from a few ponds of aluminum several hundred feet in the air isn't dangerous enough. Interestingly, Racing Glider includes a fully-functional record mode with replays that can be shared.

Racing Glider is a game of acrobatics flight whose subject is a strange kind of hang glider with pedals, the same kind of glider that all flying enthusiasts have dreamed of being able to ride in their childhood. Piloting the glider requires no special skills. The instrumentation is reduced to a minimum, as well as controls, in order to give the pilot the pleasure of free flight. The scenarios in which Racing Glider takes place are crafted with attention to details and colors, making the game very immersive and providing the player with the impression of a fantastic yet very realistic landscape. 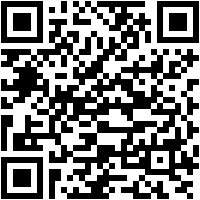