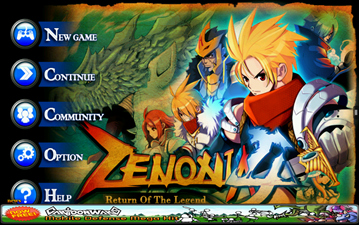 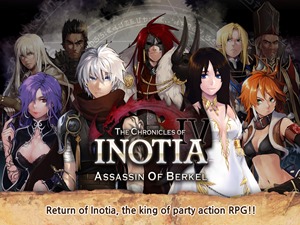 These companies are so similar that it's barely surprising that they're tying the knot. Both companies have been prolific with their Android games, releasing new titles on an almost weekly basis for years. Both companies tend to lean towards anime style, even in games where they don't really fit. And perhaps most notably, both companies have been leading the charge towards the free-to-play model. And by "leading the charge," I mean they've been running, jumping, diving, cartwheeling, and smashing past the barriers of tasteful restraint. If these two companies were actually getting married, the prenup would be written in terms of dual-currency in-app purchase schemes. You can see what I mean in this editorial, which was incidentally the last time we featured a Gamevil title on this site.

Neither company is saying how much the deal cost, though early reports indicate that the deal is in the range of around $65 million USD. The press release said that the social networks for Gamevil and Com2us ("Circle" and "Hub" respectively) will be leveraged for the benefit of the new conjoined corporation. Gamevil currently claims "over 300 million downloads" across all its games and platforms.

LOS ANGELES, CA- October 4, 2013- GAMEVIL today announced that it has entered into agreements to acquire Com2uS, a leading global mobile games developer and publisher. GAMEVIL has agreed to purchase shares and control from the majority shareholders on October 3rd. This agreement is especially meaningful, as both companies are known as one of the earliest and leading mobile gaming companies in the world based out of Korea, which is known for its specialties in development and operation capabilities.

GAMEVIL and Com2uS will leverage each other's expansive user base, 'GAMEVIL Circle' and 'Com2uS Hub', and will cooperate on portfolio strategy in order to increase competitiveness in the global market. GAMEVIL and Com2uS will continue its efforts to maintain its position as the top mobile gaming company in Korea and strive to become the top mobile gaming company in the world.

GAMEVIL®, with over 300 million game downloads and experience publishing hundreds of games on multiple platforms, is one of the most active and innovative mobile game companies in the world. Established in 2000 and with offices in Los Angeles, Tokyo, Beijing and Seoul, GAMEVIL is an experienced global mobile game publisher working with more than 70 top studios around the world. With deep industry and regional knowledge, GAMEVIL has been able to craft numerous award winners through a diverse portfolio of games. Backed by unparalleled expertise in mobile, GAMEVIL continues to lead the sector with a commitment in establishing mobile gaming as a way of life.

AT&T Is The Next Carrier Rolling Out The Big Moto X Update With Improvements To The Camera, ...