Most developers who use the Google Play beta program don't seem to make monumental changes, but Twitter is really taking the beta label seriously. A few weeks after rolling out a completely new UI to the beta app, Twitter has updated the interface substantially again. It's cleaner in some places, but less so in others. 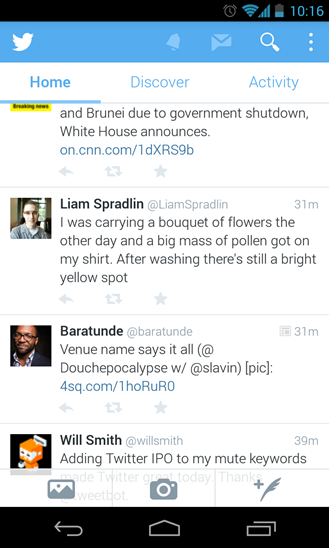 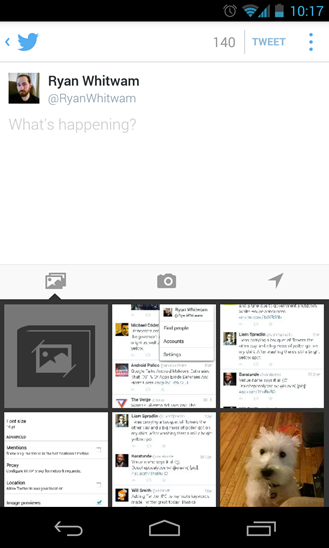 Twitter is noodling around with different ideas for v5.0 of the official client. The last big UI shift was 5.0.0-beta 16, and this new update is 5.0.0-beta 18. The general vibe is still the same, but the tabs have been vastly cut down – it's just Home, Discover, and Activity now. A number of items have been transplanted to the action bar, like like messages and notifications. Keep in mind that the notifications area is where all the replies are, so it seems bizarre to demote it to the action bar. The compose button has been removed from the action bar to make room and now resides in a line of semi-transparent floating buttons at the bottom of the screen with links to the camera and gallery. 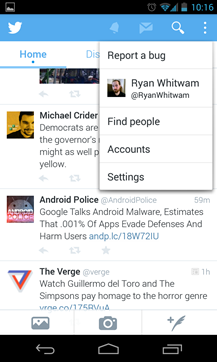 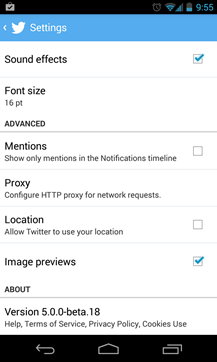 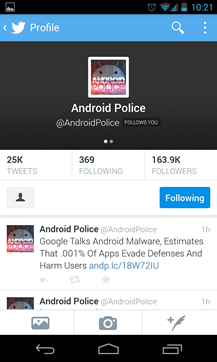 The other immediately noticeable change is the removal of hamburger navigation. You've just got the three tabs and the action bar, which are all front and center. The only loose end is the profile link, which has been crammed in the overflow menu. This makes no sense to me, but I suppose it's beta for a reason. One last thing – still no tablet UI. If you're in the beta program, the update should be live now. See below for some examples of the previous beta interface. 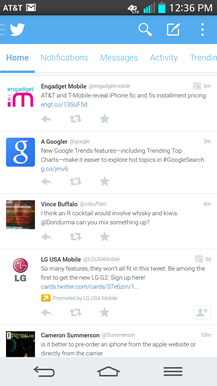 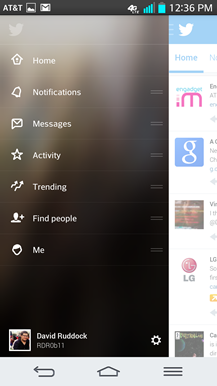 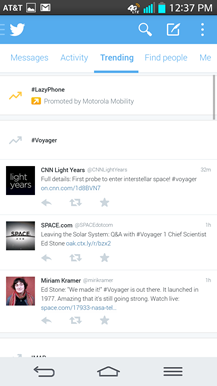 If you are not in the beta, you won't see the updated app.