Welcome to the latest entry in our Bonus Round series, wherein we tell you all about the new Android games of the day that we couldn't get to during our regular news rounds. Consider this a quick update for the dedicated gamers who can't wait for our bi-weekly roundups, and don't want to wade through a whole day's worth of news just to get their pixelated fix. Today we've got a well-done dungeon crawler, a shoot-em-up with a fresh coat of paint, and a Puzzle Quest sequel built by Tony Stark (in a cave, with a box of scraps). Without further ado:

Do you like Diablo? Do you wish you could play Diablo on Android? The Deprofundis is for you. The original game mixed the standard dungeon crawler "hit things until they die, then hit other things" style of gameplay with some really impressive production values. The sequel adds a new story and even better graphics. If you've already purchased Deprofundis you get full access to the new game, but if you haven't, the full version is available with a single in-app purchase.

The land of Quelram, deep in the foothills of Oz, is facing a new threat. Someone has unlocked Pandora's Box from the labyrinths deep beneath the center of Oz, unleashing demons, zombies, and nightmares into the dungeons under Quelram. You are the captain of the guard and last line of defense for the city. You must discover what happened to the King you swore your service to before Pandora's Box unveils an entity that could destroy OZ altogether,,, 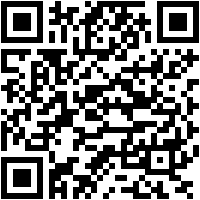 It is entirely possible to design a game that plays like an old-school title without making it look like one. Want proof? Check out the video for Proto Thunder below. It's a pretty standard shoot-em-up with a 2.5D visual design. There's a bit of tongue-in-cheek story development as well, but you'll stick around for the twitchy gameplay. Unfortunately it looks like Proto Thunder uses IAP despite the $2 price tag.

Proto Thunder: Zero Hour is a side-scrolling arcade shooter that features a plethora of enemy ships to shoot down, tight spaces to navigate, and upgrades to acquire. Featuring an endless stage with creative design, a fast paced soundtrack, and outstanding action, this game is a true wonder when it comes to mobile space shooters! No hidden in-app purchases, no pay-to-win: the way mobile games should be. 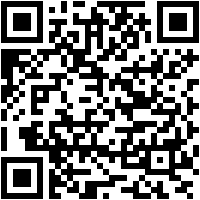 Way back in the good old days of, um, 2007, Puzzle Quest created a resurgence in the fusion genre by mixing and matching Bejeweled-style puzzles with RPG elements. This is more or less the same Puzzle Quest you possibly know and also possibly love, with Marvel Comics elements (and a free-to-play model) bolted on. There's also a bit of collectible card game style in how you create your super-powered team. Online matchmaking is random, so beware the pay-to-win curse.

Assemble a team of Marvel’s biggest super heroes and villains and battle with Puzzle Quest’s trademark match-3 and story-telling gameplay in a game that combines favorite Marvel characters with a deep RPG leveling, player vs. player, character upgrades, and more. In the wake of the Iso-8 Outbreak, the super hero community struggles to recover. Taking advantage of the chaos, super villains take control of National Security. Dark Reign follows these events that twist the destinies of both the heroes and villains of the Marvel Universe forever. 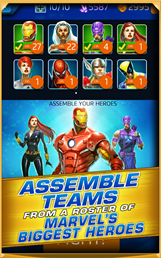 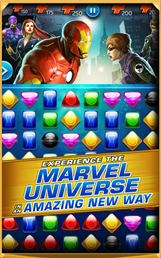 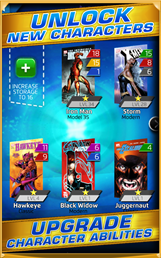 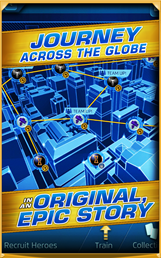