In the storied history of ugly phones, there are few that can stand up to the horrendous might of the Casio G’zOne Commando. This device may not be a looker, but it's rugged and now it has a spiffy new software update. Version C771M140 is available to download now for anyone still hauling the original Commando around. 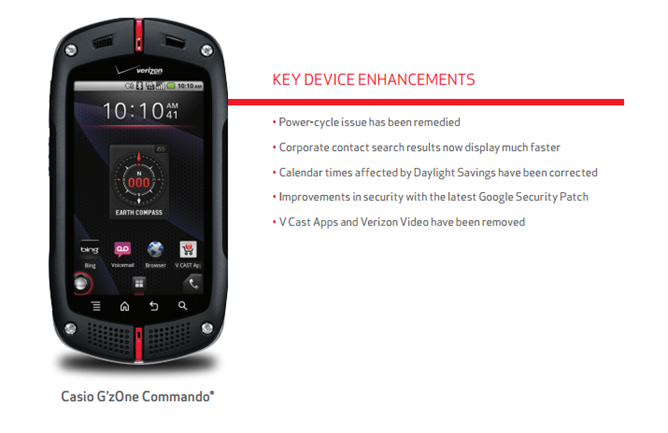 The new software package makes a few changes to the functionality of the Commando, but it doesn't push it past Android 2.3. Here's the changelog:

So we're looking at a lot of fixes to make the device a bit more agreeable. It's strange for Verizon to remove apps from a phone, though. It's usually the other way around, but we can call that a win.