Sir! I'd Like To Report A Bug! takes its inspiration from games of a bygone era. No, this isn't merely a modern game masked with pixelated faux 16-bit visuals. This is a title that seeks to replicate the agony of the early 90s, a time when bugs weren't a reason to return a game. Instead they added another layer of challenge, another set of rules to be studied, learned, and mastered. But in Sir! I'd Like To Report A Bug!, glitches don't just affect gameplay, they form the basis of the plot. 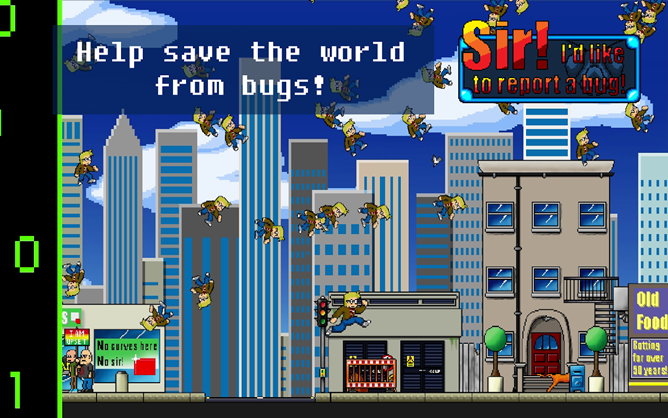 In the world of Sir! I'd Like To Report A Bug, a new prototype technology goes haywire and unleashes bugs into the real world, causing chaos and pandemonium. Only one man can stop them, and that man is you. As Reggie, you will save a world in classic 2D platformer style, because video games have rarely met a problem that couldn't be solved with some variation of running and jumping. 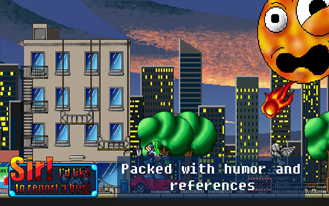 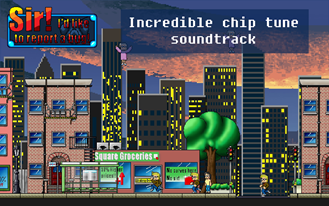 Sir! I'd Like To Report A Bug! is the kind of game that wants you to curse. Sometimes those expletives will be aimed at general unforeseeable zaniness, such as the game world suddenly shifting upside down. Other times, those f-bombs will be the direct result of frustrating gameplay. This game isn't meant to be casual, it's a humorous experience for gamers nostalgic for the pain and punishment of yesteryear, minus the pretention of being a game that takes itself at all seriously.

This game is available entirely for free. There are no ads and no in-app purchases of any kind. If you like it, hit up the in-game donate button and give the developer some props. [New App] Edge: Quick Actions Is An Even Better Task Switcher Than The Recents Button