It's hard to love Intuit. Their most well-known product, Quicken, is what people use to manage their finances, and budgeting is about as exciting as watching your weight. That said, they've found immense success on Windows because their software was usable and, eventually, became a standard that users could expect banks and other financial services to be compatible with. Unfortunately, their Android app has not garnered the same reputation. Last year's release was plagued by a number of issues, and judging from the screenshots provided, it doesn't look like all that much has changed. 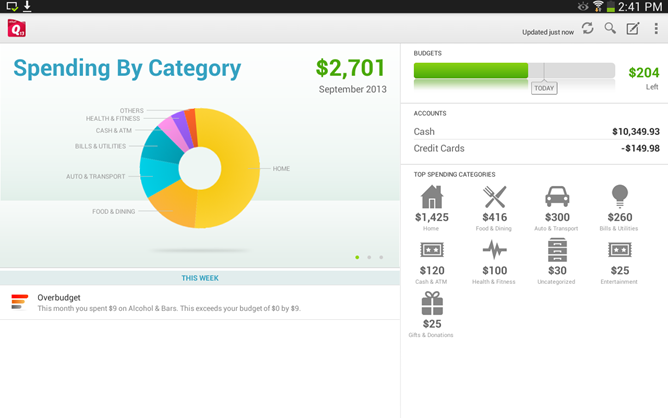 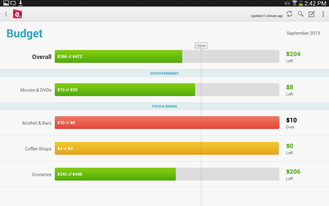 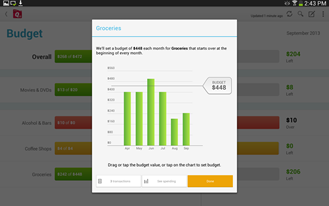 Oops, those were the screenshots of Quicken 2013. Here's what the latest release looks like. 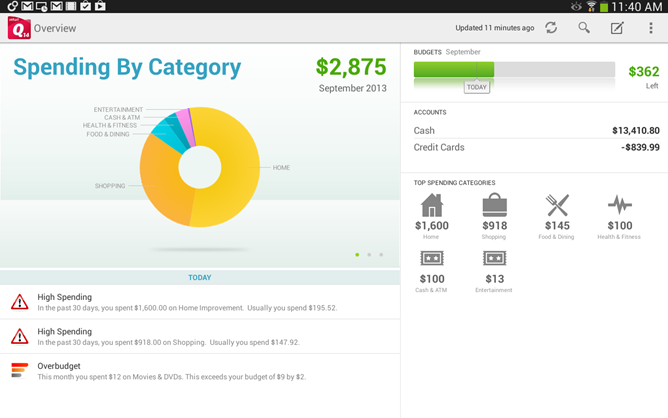 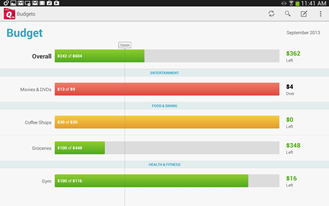 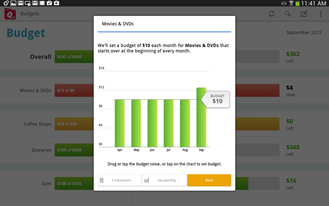 The app is rich with features and replicates much of the functionality present in the desktop version. But - and this is a big but - complaints on Google Play about last year's release center around the need for an internet connection to make changes, the risk of data corruption, and general instability. All apps have their share of negative reviews, but here they far outnumber the positive ones.

Given the sensitive nature of the data you're entrusting this app with, it's understandable (and recommended) for users to do their due diligence before diving in. The app itself is free to download, but you need a copy of Quicken for Windows in order to use it.