Have you heard the news? Caesar is dead. And he's not coming back. Who's going to take over his empire? That's to be decided, and you can throw your name in the hat in Gameloft's new game Total Conquest. By "throw your name in the hat," I actually mean join together with like-minded vigilantes and slay all the naysayers. It's time to build an army and claim what's rightfully yours.

To celebrate the release of this new top-down strategy game, we've teamed up with Gameloft to hook two lucky readers up with a brand spanking new Nexus 7 LTE along with $50 worth of Total Conquest in-game currency. So, really, we're giving away a new tablet, a small plot of land, and all the towers, traps, and soldiers you'll need to defend it. You're welcome.

OK, now's the time when we talk about how you can win one of these little gems. Firstly, you should go download and play Total Conquest. It's not a requisite per se, but you might enjoy yourself. Plus, you'll already have a head start if you happen to win a new tablet along with $50 worth of in-game currency. Then you can go straight to slaying your enemies. It's a win-win situation. I've conveniently placed a widget down below that will take you to the game's Play Store listing for installation. 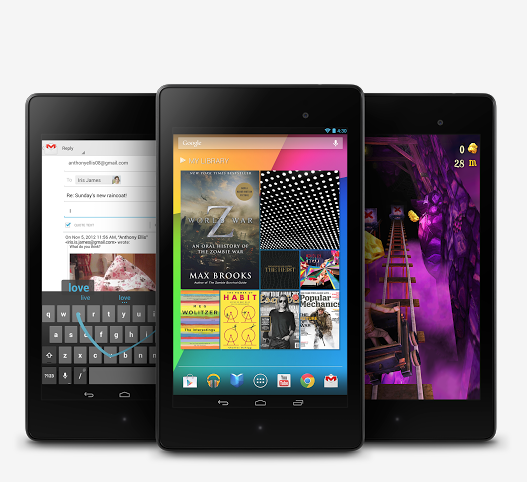 When you're not playing, take some time to do this stuff:

This giveaway is available to users in all the areas where the LTE Nexus 7 is currently available for sale through Google Play: Australia, Canada, France, Germany, Italy, Japan, South Korea, Spain, United Kingdom, and United States.

Done with all that? Excellent. You're in! This one's running until Wednesday, October 9th at 12:00 AM PT (Midnight). We'll randomly select two winners sometime thereafter.

The FCC Pulls Down Its Website, Halts Most Other Services Due To The Shutdown Of The Federal ...