The Neatly Twitter client has been making a small but dedicated fanbase for a while now, though it's been available on Android for less than a year. Last week developer F16 Apps decided to pursue a new strategy, and the various versions of Neatly (Android, iOS, and Blackberry 10) are now free. The previous price on the Play Store has shifted between one and two dollars American. 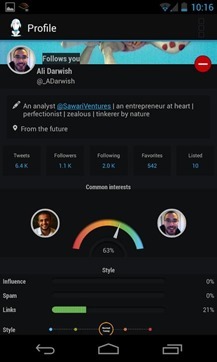 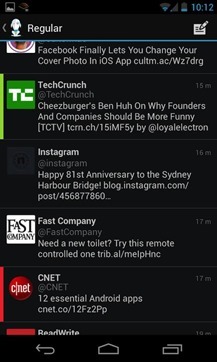 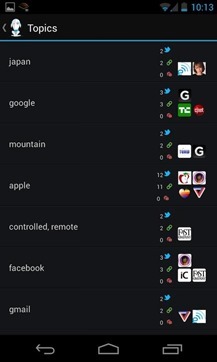 Neatly includes most of the whiz-bang features of a modern Twitter client, but its focus is on intelligent filtering of Twitter feeds. The app can compare your Twitter history to any other user and find common interests, sort your main feed by relevance to you instead of a simple list, and group similar tweets by topic. You can even mute particular topics (say, spoiler-rich Breaking Bad discussion?) and identify them quickly with color flags. It makes Twitter a more social and quantifiable experience. The app is a bit slow on my phone, but the UI is nice and it includes a scrolling homescreen widget, which is a must-have for me (resize it to get more tweets in the same view). Unfortunately Neatly seems to lack landscape and tablet views. 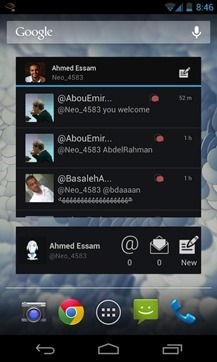 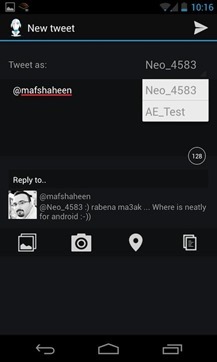 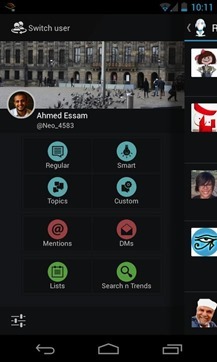 Neatly had less than 1,000 Android downloads before going free according to AppBrain, so it's not hard to see why the developers chose a more appealing price point. I haven't seen any in-app purchases or other upsells in the app itself and it doesn't look like advertising has been implemented either. Give it a try if you're burnt out on the usual timeline view. Neatly is available for all Android devices running 4.0 or later. Samsung's ChatON Instant Messenger Has Doubled Its User Base In Only 4 Months, Now Has 100 ...