A note from the editors: This is a guest post by Ryan Oldenburg, the original creator of PushBullet.

I've left my job to work full time on PushBullet. Two of my friends are joining me. Now the question is: how much can we build, and how fast?

PushBullet’s going to be the easiest and fastest way to get things on and off your phone and tablet. So far this means pushing yourself files, links, notes, to-do lists, and addresses that instantly show up in your notification tray. Going forward, we’ve got even bigger ambitions. One personal mission of mine is to make it so you never have to email yourself again. Emailing yourself sucks.

I’ve decided to leave my job at Hipmunk and focus entirely on PushBullet because of how much people like what I’m building and how much it’s being used. So far, PushBullet has been used to push almost 750,000 things, and the number grows every day. The best part is that I’m not going to be working alone, either — two of my best friends and fellow developers are also leaving their jobs to join me. 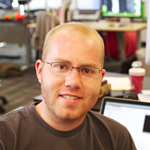 I’m Ryan Oldenburg, and I've been an Android developer and user for over 4 years now. I grew up in Madison, WI and currently live in San Francisco.

My daily driver is a white Galaxy S4 running Cyanogenmod 10.1.3, and my favorite app at the moment has got to be the YouTube app. I spend hours just flicking the video up and down. Or maybe Greenify, so I can shut down apps that eat way too much battery.

When I’m not programming, I watch way too much sports.

My partners on PushBullet are Chris Hesse and Andre von Houck. 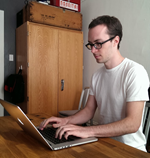 Chris is the Python genius programming PushBullet's servers. He grew up in Louisiana and went to school in Colorado.

His daily driver is an HTC One Google Play Edition. It's his first Android phone after I saved him from the dark side. He’ll be writing about his experiences coming to the light very soon.

In his spare time, he builds desks that weigh even more than they look like they weigh, plays Disc golf, and idolizes Jonathan Blow.

Andre is our Real Programmer, and he lives in the future. He works on a Chromebook Pixel and programs entirely over the web with an editor he put together himself. We say he lives in the future because someday all programmers might program like he does, or they may not. We'll just have to wait and find out.

His daily driver is still an iPhone but that's only because he hasn't had time to get an Android phone. Or so he says.

What have we done so far?

Even though the three of us have only worked together on PushBullet for a few weeks, you can already see the progress we've made on the redesigned PushBullet website, improved Chrome and Firefox extensions, and the updated Android app. Going from one part-time developer to three full-time developers has radically increased the speed at which we can improve PushBullet.

What’s new in the app? 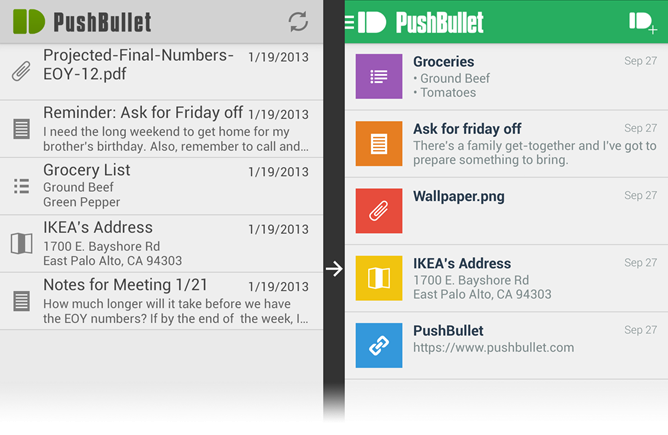 We’ve redesign the entire app from bottom to top and have added three huge improvements. The first is a homescreen and lockscreen widgets. Widgets are uniquely Android, and I’ve been wanting to add them for a while now. They’re great for quickly accessing pushes that aren’t necessarily in your notification tray any longer without having to open the app. 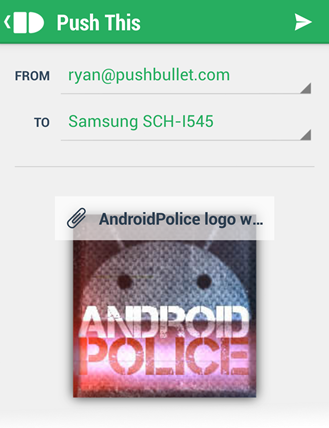 We’ve also added the ability to push files. This means you’ll see PushBullet as an option in many more Share dialogs, including when sharing pictures from the gallery or files from file management apps. This is huge improvement to the Share intent integration that started in the last update, and we’re only going to make it better. 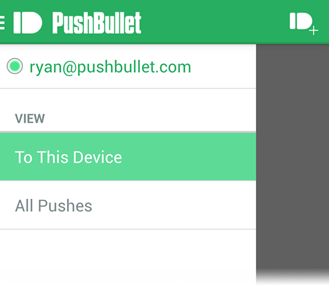 The final big improvement is that you can now access any of the things you’ve pushed on any of your devices from anywhere. To access this list, just open the drawer and change to the All Pushes view. We’ve had a lot of people asking for this because, for example, they might end up wanting a link on their phones that was pushed to their tablets or vice versa.

Cool, so what’s coming next?

Our focus now is adding the feature everyone’s been dying for: push-to-Chrome. It's going to make PushBullet even more indispensable than it is now, and we’re going to hit it out of the park.

Push-to-Chrome is so important because it'll do for getting things off of your phone what PushBullet's already done for getting them on your phone, which is make it easier and faster than it’s ever been. You’ll be able to push links, notes, even files right to your computer from anywhere in the world without having to hook up your phone or resort to awkwardly emailing yourself.

Being able to push to Chrome makes the Share intent integration we’ve been working on really pay off. It also highlights how powerful the Android intent system is because without it, we wouldn’t have been able to make it so easy to push from any of your apps.

After push-to-Chrome, we’re going to significantly improve pushing to other people. Right now, everyone has to manually share individual devices with each other, which is very tedious. We want to make this process simpler. You shouldn’t have to think about which device of a friends that you’re pushing to, you just want to send something to a friend. We want it to be as easy for you as typing in your friend’s name or email address. We can then handle pushing it to whichever of their devices are active and then sync the notification’s dismissal using Android’s new notification sync to make sure they don’t see it twice.

When all of these features are complete, PushBullet will not only be the easiest way to get things on and off your own Android devices, it'll also be the best way to send things to friends. What's more, we think pushing Chrome-to-Chrome between friends can really change the game altogether. It's all going to be damn cool, and we’re excited to build it.

Great, but you left your jobs — so how are you going to make money?

PushBullet is free to use and we’re going to keep it that way. It is true though that since we’ve left our jobs, we are going to need to support ourselves. Fortunately, we’ve got a plan that’ll make both of these things possible. In the meantime we’re going to just live like poor college students again to make our savings last while we get everything up and running.

Excited about what’s coming? Think we’re crazy? We’ll be chatting in the comments below or you can reach us anytime at [email protected].