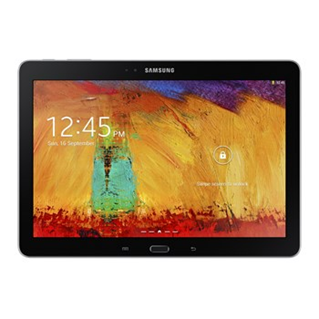 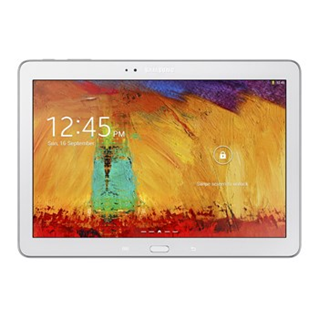 The Note 10.1 2014 Edition is expected to be available beginning October 10th at $549 for the 16GB model, and $599 for 32GB. Both models feature an SD card slot that supports up to 64GB card for those who are worried about limited storage options.

The 10.1-inch slate is packing a 2560x1600 Super Clear LCD panel, with the Exynos 5420 quad-core chip doing the heavy lifting. It also has 3GB of RAM – a first for any Android tablet, and a feature that should keep things purring along nicely no matter how much multitasking is going on. 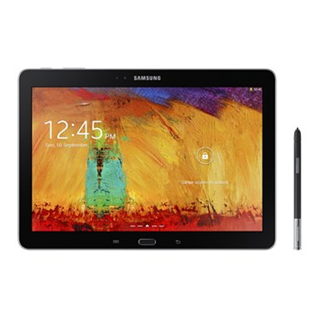 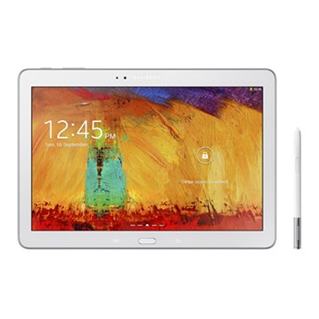 Of course, it wouldn't be a Galaxy Note without the S Pen, which brings with it a handful of new features: Air Command, Action Memo, Scrapbooker, Screen Write, S Finder, Pen Windows, and S Note.

Users who purchase a Note 10.1 2014 will also get three months of Hulu Plus and SiriusXM, one year of Boingo Hotspot access, 50GB of Dropbox storage for two years, a one-year subscription to Bloomberg Businessweek, and 12-week subscription to The New York Times. All for free. According to Samsung, that's "over $600 in 'Perks.'" Not bad.

The Note 10.1 2014 also includes the new Twitter app that we saw during the Unpacked announcement, and that's the only place you'll find it initially. The rest of the world will just have to wait. 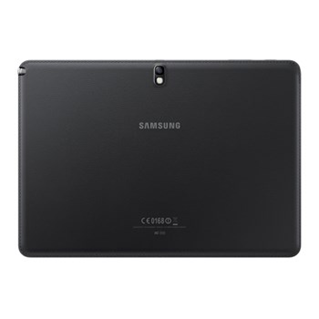 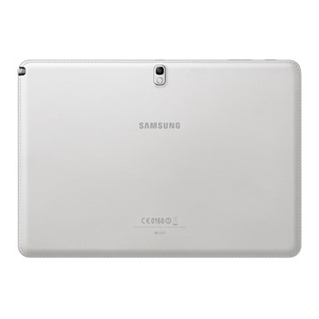 “Last year’s launch of the Galaxy Note 10.1 introduced the integration of S Pen™ capabilities to the tablet category and created a new experience for consumers,” said Travis Merrill, vice president of tablet marketing at Samsung Electronics America.  “We continue to evolve the Galaxy Note experience with the new Note 10.1 – 2014 Edition. With premium software features and a sophisticated design, we’re delivering an exceptional and even more engaging tablet experience.”

With improved S Pen capabilities, vibrant display and updated Multi-Window functionality, the new Galaxy Note 10.1 – 2014 Edition delivers an intelligent tablet experience packaged in a sleek, polished design. The Galaxy Note 10.1 – 2014 Edition has been refined with a textured and stitched back cover that is both stylish and comfortable to hold. With an overall smaller size and lighter weight, the new Galaxy Note tablet has smaller bezels and a thinner profile, without sacrificing screen size.

To complement the high-resolution display, Samsung introduces a new magazine-style user interface called My Magazine. By allowing users to organize the latest news, social feeds and localized content in an easy-to-use, personalized dashboard on a Super Clear LCD, the Galaxy Note 10.1 – 2014 Edition reinvents how consumers interact with their tablets.

The new Galaxy Note 10.1 is powered by an Exynos® 5420 quad-core processor and 3GB RAM for faster web browsing and multitasking, with rich HD graphics for the best gaming experience.  Enhanced multitasking allows users to seamlessly use two different applications side-by-side and easily drag and drop content from one window to another. What’s more, certain apps, such as YouTube and Internet, can now be activated simultaneously in both windows.

· Air Command provides instant access to S Pen features, including Action Memo, Scrapbooker, Screen Write, S Finder and Pen Window all in a convenient hover and click of the button on the S Pen from any point on the screen.

· Action Memo gives users a quick way to take a note and link that note to a direct action, instantly perform a task, such as searching the Internet or emailing a contact.

· Scrapbooker capabilities let users organize interesting content with the S Pen and place it into individualized scrapbooks. This feature affords users an easy and functional way to use the S Pen to grab and store videos, photos and clips from Web pages that are linkable back to the original online source. With Scrapbooker, users keep all boards private and then easily choose which content to share.

· S Finder allows users to search the entire device, including handwritten notes and settings, connected accounts and the web through key words or handwritten symbols.

· Pen Window effortlessly enhances productivity with a stroke of the S Pen. The feature lets users draw a window on screen using the S Pen, which opens a selection of applications, and then minimize it to hover on any screen as the user interface is navigated; perfect for opening a calculator on top of a spreadsheet or quickly setting an alarm.

· S Note enhancements include a more intuitive and easy-to-use interface. Users still have the ability to use the S Pen to take handwritten notes, or use handwriting-to-text, with access to both note files and notepads. With Easy Chart, hand-drawn data can be instantly transformed into more formal charts and graphs.

Samsung is partnering with leading news, productivity and entertainment sources to provide over $600 in bundled content for the Galaxy Note 10.1 – 2014 Edition. With Galaxy Perks, consumers have access to popular applications and services, including three months free of Hulu Plus and SiriusXM, and one year of free Boingo Hotspot access. The Galaxy Note 10.1 – 2014 Edition also comes pre-loaded with 50GB of Dropbox free for two years, one year subscription to Bloomberg Businessweek and a 12 week subscription to The New York Times. For more information on Galaxy Perks, please visit www.samsung.com/us/galaxyperks.

In addition, the Galaxy Note 10.1 – 2014 Edition will include a Samsung Apps widget, which offers users additional content, optimized for the new 10.1-inch tablet and other Samsung devices. The new tablet is also equipped with Samsung’s innovative IR remote capability and WatchON, a search and recommendation service which makes finding TV shows and on-demand video content faster, easier and more personalized, as the hub of the living room.

The Galaxy Note 10.1 – 2014 Edition is Wi-Fi-enabled and available in 16 and 32GB variations with an additional 64GB of storage available via microSD card expansion. The device comes in two color options, Jet Black and Classic White. The Galaxy Note 10.1 –2014 Edition will retail for $ 549.99 and $599.99 for the 16 and 32GB versions, respectively. It will be available for purchase at Samsung Experience Shops at Best Buy, Best Buy Mobile specialty stores, BestBuy.com, Amazon, PC Richard & Son, Fry's, Tiger Direct, Walmart, Samsung.com and other retailers, with pre-orders beginning at select retailers on Sept. 27.