Kickstarter backers have pushed the Nix Color Sensor past its $35,000 (Canadian) goal in hopes of finally figuring out what color stuff is. Well, it's more complicated than that. Nix tells you more than red or blue – it finds the exact RGB value for any surface you press it to, then sends the data to your phone over Bluetooth. Sound cool? Apparently you are not alone.

The Nix is a small gem-shaped device with its own calibrated light source. When you press it to a surface, it blocks out all external light to get a reading on what color the object is. It only takes a few seconds from the moment the button is pressed in the app to the identification of the color. The Nix app will support saving colors with notes for referring to later, but it also tells you where you can find the colors in real life. Need paint that matches the thing you just scanned? The app can show where to get it. 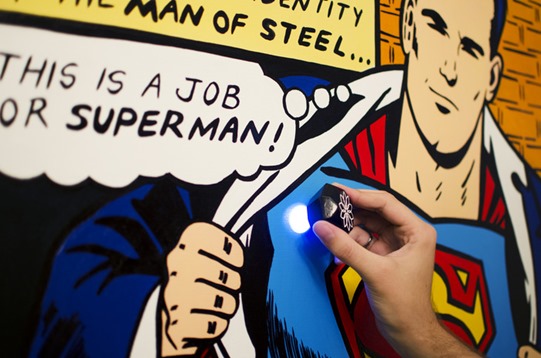 The Nix still has 19 days to make more cash, so you can still get in line for your own handheld color sensor. The minimum pledge to get a Nix and the Android app at this point is $99 (again, Canadian). If you jump on it, you can have your Nix in February 2014. The final retail price is expected to be $199, so you don't want to wait on the final version if this is a thing you'd like to have around.

Ookla Updates The Speedtest.net App To 3.0 With A New UI, Maps, Proper Tablet Scaling, And An ...