The world of Shadowrun was created 25 years ago as a tabletop RPG setting, and it certainly had its fans. When Jordan Weisman, one of the original creators of Shadowrun wanted to make it into a proper video game, the internet was more than happy to get involved. The Kickstarter campaign pulled in $1.8 million and now the end result is finally available on an Android tablet near you.

Shadowrun Returns is a traditional turn-based RPG with touch-optimized controls. You guide your party around the gritty world of Shadowrun, wielding both advanced technology and powerful magic to get the job done. This is a full-on PRG experience with hundreds of items, character classes, and skill upgrades. Shadowrun Returns is designed for tablets, but it appears to be available to install on phones as well. The interface might not be particularly usable on the smaller screen, though. 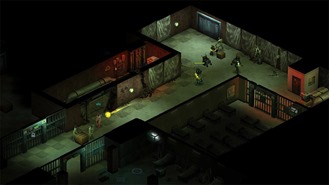 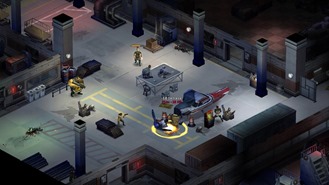 The game took over a year from the end of the Kickstarter campaign to arrive, but it does look like a very professional effort. The visuals are polished and consistent, and the dialog is very well written. The initial version of Shadowrun Returns includes the main 12 hour campaign, and it's modular so more storylines can be added later. This is an expensive game at $10, but it might be worth it.