Fans of JRPGs, Square Enix, Final Fantasy, or just those adorable Moogles, you might want to take a moment to look into the Play Store. Go ahead, I'll wait. Did you see it? That's right, Final Fantasy V is here, marking the fifth entry from Square Enix's long running franchise to make it over to Android. 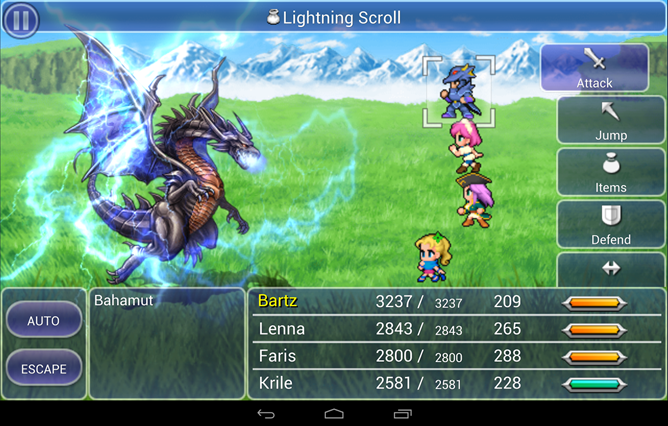 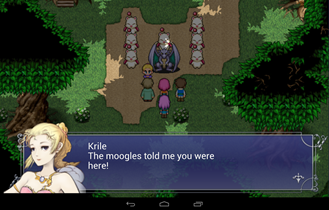 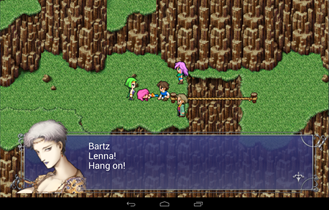 As you've probably noticed by now, this title's graphics more closely resemble the touched-up 2D visuals of the 1st and 2nd Final Fantasy titles than the 3D polygons found in the previous two releases. Those latter two ports were 2006 - 2008 remakes from the Nintendo DS, and they were the only two reimagined for the platform. We can reasonably anticipate that Final Fantasy 6 will also have 2D visuals when it arrives, but that will change, whether the visuals are redesigned or not, with Final Fantasy 7.

You're obviously not playing Final Fantasy V for the graphics. This is a piece of gaming history, a relatively early entry in a series that is still going strong over two decades later. The combat and the solid storyline are all still here, and since this is a Square Enix title, they both come at a premium. Playing this title will cost you $15.99. That's expensive relative to most Android games, but it's roughly the same price you could expect to pay to play this title anywhere else. 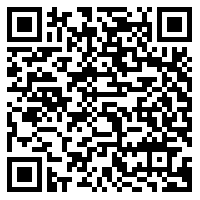