Welcome to the latest entry in our Bonus Round series, wherein we tell you all about the new Android games of the day that we couldn't get to during our regular news rounds. Consider this a quick update for the dedicated gamers who can't wait for our bi-weekly roundups, and don't want to wade through a whole day's worth of news just to get their pixelated fix. Today we've got another Tin Man Games book, a bloody Fruit Ninja knockoff, a pixelated take on Railroad Tycoon, a deer hunter game for people who enjoy being at the top of the food chain, and (ugh) another zombie-themed tower defense game. Without further ado:

GA8: Curse Of The Assassin

Tin Man Games is at it again with their RPG/Choose You Own Adventure games, and this one is a sequel to the previous story, An Assassin in Orlandes. You've probably seen these in some of our roundups: they're expensive, but definitely worth it for those who enjoy story-driven games with tabletop RPG elements. Unlike some of the previous Game Books this one has artwork in full color, and it ain't half bad by fantasy standards.

The official sequel to An Assassin in Orlandes is HERE. Curse of the Assassin is written and designed by S.P. Osborne, author of GA1, and takes you back to the familiar surrounds of Orlandes City where you pick up your life some time after the events in An Assassin in Orlandes. You’ve risen through society after dealing with Eltane and saving the city, capturing the affections of the Duke’s daughter along the way. The mysterious death of friend arouses your suspicions and once again you find yourself at the heart of conspiracy that takes you back to your home village and a meeting with your old adventuring party from your youth. 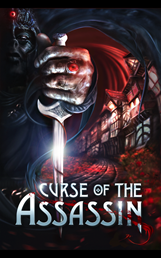 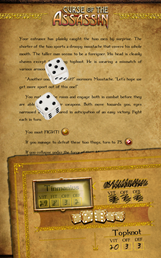 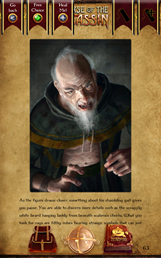 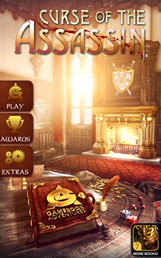 Yup, this is a straight-up clone of Fruit Ninja. Except that instead of slicing apples and pears, you're decapitating other ninjas. If you thought the original was lacking in over-the-top cartoon violence, the more adult knock-off will indulge your psychopathic tendencies while strangely keeping the chibi look. Be prepared for no small amount of in-app purchases in this free-to-play game. There's a hibachi-themed alternative if you'd like something a little more wholesome.

The most ninja action possible........without having to go to the trouble of actually being a ninja. Swipe your finger across the screen to hack and slash your enemies while dodging shurikens, ditching Geisha, and ducking bad Sushi! Slice and dice through waves and waves of enemies while collecting points and gold with the tip of your sword! 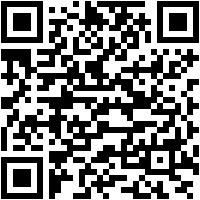 Oh look, another game with "Pocket" in the title! This one is train-themed, and thus has fewer decapitations. (Hopefully.) The point of the pixelated Pocket Trains is to build and expand your railroad empire like a tiny Vanderbilt, but you'll also have to manage finances, fill jobs, and entertain your passengers. It's like a slice of Sim City on rails. Take note of the dual-currency IAP system - who knows how far your track will run before the grind sets in.

From the creators of Pocket Planes comes Pocket Trains! Manage and grow multiple railroads by hauling important cargo around the world. Collect parts to construct all the different train types from Steamers to Diesels, and complete daily events to unlock special trains beyond imagination! Stop reading and start constructing your railroad empire in Pocket Trains. Believe it or not, real deer hunting is incredibly boring. You wake up at about 3AM, drive for hours, sit in a box, and look through a scope at a few acres of trees hoping that some defenseless animal wanders into range. That's why the hunting games from Cabela's and the like have been throwing in exotic animals for a while now, and Glu (ever the original) has shamelessly ripped them off with Deer Hunter 2014. P.S. Don't use the Desert Eagle to hunt. That's just tacky.

Return to the wilderness in the most visually stunning FPS hunting simulator on Android! Travel from North America’s Pacific Northwest to the Savannah of Central Africa in an epic journey to hunt the world’s most exotic animals! Join your friends in global cooperative challenges where teamwork is critical. Work together to complete hunting objectives and collect rewards! Immerse yourself in diverse environments filled with over 100 animal species! Watch out for attacking predators including bears, wolves, and cheetahs! Hunting deer is just the beginning!

Really, HandyGames? I expected better of you. I guess the siren song (or possibly groan) of a pop culture positively dripping with undead was too much to resist. This one seems to be set in a Los Angeles simulacrum and stars a bunch of valley girls, but it's the same basic tower defense game you've played in the other Guns'n'Glory titles. If you've ever dreamed of playing as a zombie-hunting Stepford wife with a flower power rocket launcher, this is your game.

It’s finally going down! The Zombie Apocalypse is here and the dead are rising from their graves! Lock and load your weapons and face the undead hordes! You are the last line of defense and humanity’s last hope for survival against the deadly Z-Virus! When the dead walk the earth, there is only one thing left to do: grab the biggest and baddest weapons you can find and fight for your life! Fire up the chainsaw, refuel the flamethrower and show the rotten monsters that it’s a bad idea to shamble into your neighborhood! Just shoot ‘em all for fun and profit! Ookla Updates The Speedtest.net App To 3.0 With A New UI, Maps, Proper Tablet Scaling, And An ...