We've got one last Google update to discuss this evening – YouTube. Bumping up to version 5.1.1, YouTube didn't get an official change log, but there are a few things worth discussing briefly (before Artem does his teardown magic, anyway).

First up, YouTube has a new permission for receiving data from the internet, which it uses to give you new video notifications. 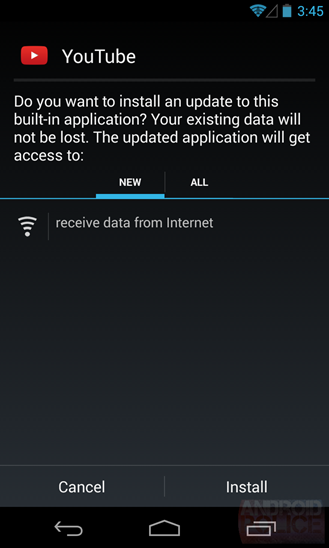 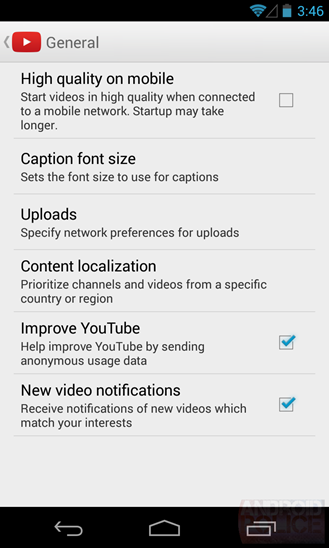 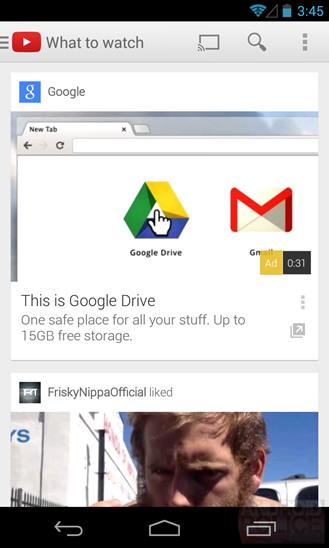 Besides that, the update comes with handling for http://m.youtube.com/ URLs that's a little bit broken – clicking an m.youtube.com link will give you YouTube as an option, but then bounce back to the browser. Hopefully this quirk gets resolved in a future update.

Moving along, video lists have a new contextual menu that allows users to share and add to select lists, rather than simply adding to "watch later." 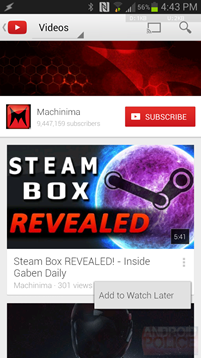 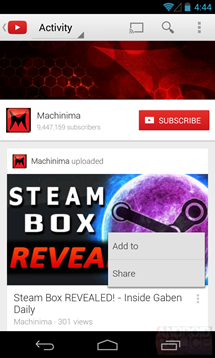 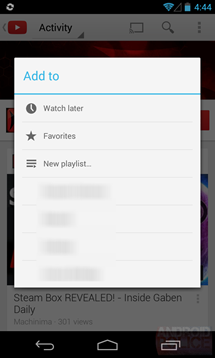 Users can also clear their watch history right from the overflow menu up top. 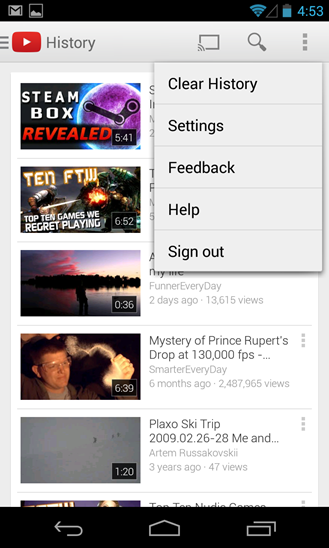 Finally, what is perhaps the smallest tweak in the update – users who try to subscribe to their own channel will be greeted with a new message: "Cannot subscribe to your own channel." Before, the app allowed users to hit the button and behaved as though they'd subscribed to themselves. 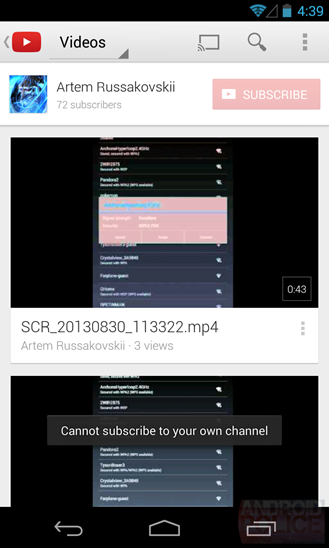 As usual, we've got the APK for those unwilling to sit around while the staged rollout completes. Hit the link below to grab the update, and keep an eye out for our teardown.