Cards, cards everywhere, but not a drop to drink. Or something like that.

That seems to be Google's mantra these days, as everything is getting card-ified. Not to say that's a bad thing, because cards are clean, simple, and effective. All three of those things have been a clear goal in Android in the Duarte era, so it makes sense that cards have been so widely adopted.

Today, it's Gmail's turn. An update will be rolling out that brings a "cleaner design for its conversation view." Basically, cards. 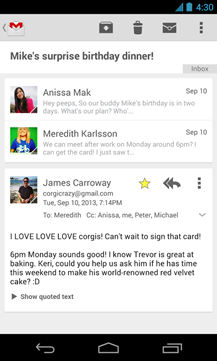 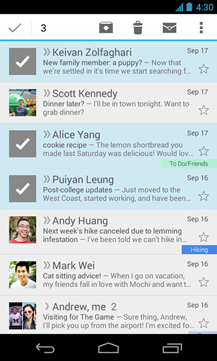 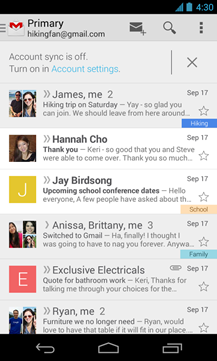 That's not all though – the updated app has a tweaked multi-select interface with checkboxes and will also tell you if account sync is off. So you can't use that excuse for not emailing your boss back anymore.

Expect the new Gmail app to be part of a staged rollout later today.

[New App] RealPlayer Cloud Lets You Upload Your Video Library And Stream To Any Device, Comes ...