Expandable storage seems to be dying off in Android. The excuses reasons are varied, but the writing seems to be on the wall. Of course, each time a new flagship rolls off the line sans microSD slot, fans cry out in frustration. SanDisk is taking on the challenge of making an accessory meant to bring expandable storage to any device. The result is called SanDisk Connect, a pair of portable drives with Wi-Fi that your phone or tablet can connect to for file storage or content streaming. To keep you connected to the internet, they can also connect to a wireless access point at the same time. The Wireless Media Drive and Wireless Flash Drive work quite well, but not without a potentially crushing limitation. I really liked using them, but they aren't going to work for a lot of the things you may want to do with them. 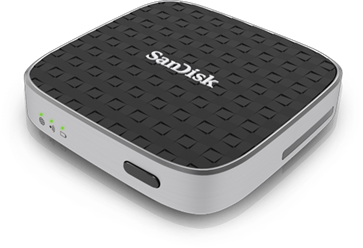 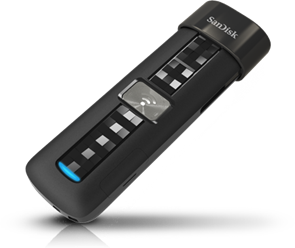 Let me get one thing out of the way. The Wireless Flash Drive and the Media Drive differ marginally in price, but the product quality and features set them very far apart. The Flash Drive may be measurably cheaper, but it is monumentally less appealing than its bigger brother. To begin with, the Media Drive feels fantastic. It doesn't have any weak spots, there's a balanced weight to it, and I almost feel like it could survive as the puck in a hockey match. On the other hand, I was instantly put off of the Flash Drive by a surprisingly loud creakiness to the plastic chassis and a card slot cover that could break of without much abuse. Design elements between the two are similar, but the Media Drive makes considerably better use of them, particularly with the chamfered aluminum band around the side. After just opening the packaging, it was abundantly clear that the Flash Drive lacks the same level of polish.

The Media Drive is equipped with both internal storage and a slot for a full-size SD card. Since the drive isn't limited to microSD, it can take advantage of faster and lower-priced cards, like those that you would probably use in a DSLR camera. It even supports SDXC cards, a newer technology that maxes out at 2 terabytes instead of the 32 gigabyte limit of SDHC. The internal storage is a great place to store files that are meant to be shared around while the memory cards may travel between devices like cameras or computers. Unfortunately, the Flash Drive lacks internal storage, SDXC support, and only has a microSD slot.

One of the big irritants of carrying around extra accessories like this is a need to plug them in alongside your primary devices. The Flash Drive, as the name implies, is just an oversized "thumb" drive which plugs directly into a USB port. On the one hand, it's a self-contained package and doesn't require any cables. On the other hand, it's wider than most similar drives and easily overcrowds neighboring USB ports on most computers. Requiring a USB port for charging may also pose a challenge if you are traveling without a computer. The Media Drive requires a microUSB cable for charging, so it doesn't have to intrude on other USB ports when plugged into a computer and it can use the same travel charger you already carry around for your phone.

In terms of performance, supposedly the Flash Drive can stream HD video to as many as three devices at once and the Media Drive is rated for up to five. I'm not sure what SanDisk defines as HD video, but I can say the two devices differ by significantly more than the advertised margin. I was able to stream 1080p video to six devices (everything I had on hand) with the Media Drive and barely a frame was dropped. The Flash Drive struggled to stay steady with just two clients, and intermittently froze up with three. Any streaming connection to the Flash Drive after the first also took a very long time to begin playing. For an individual, simultaneous video streams probably doesn't matter much, but it would spell catastrophe if you are planning a trip with the family and they all expect to watch movies on the way. 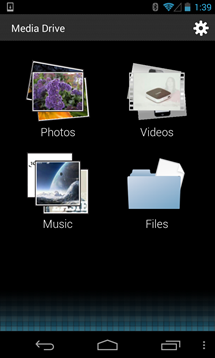 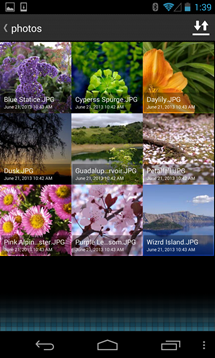 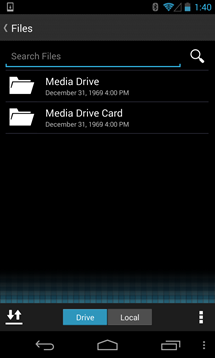 One of the features missing from current mobile operating systems (assuming you aren't rooted) is the ability to map network drives to the file system, so SanDisk had to release native apps to do the heavy lifting. The apps suit their role perfectly fine, but aren't particularly polished visually or remarkable in any way. Setting up and connecting are simple tasks and step-by-step instructions are included. Some of the layouts are a bit clunky and not always intuitive, and there are some little features missing, but everything works like you would expect it to.

As I'm reviewing both drives side-by-side, I'm very bothered to even see two apps. Rather than build a single piece of software that works for the two functionally identical drives, SanDisk released independent apps with different interfaces and operation, but similar enough to have obviously been designed by the same people. Unfortunately, splitting the time between two apps will probably lead to a less refined experience, more potential for confusion, and more bugs. As an example of how silly this is, each app contained bugs when trying to connect to a router when the password contained spaces. One didn't allow spaces to be typed into the password field, but would connect if the password was pasted in from the clipboard, while the other app allowed spaces but failed to connect if they were present. These issues have since been fixed with updated versions, but my anger remains.

Most of the inconsistencies are trivial, but one thing stood out when streaming music and video. The Media Drive attempts to play content through a built-in media player which only works with formats and codecs supported by the Android OS. However, the Flash Drive takes another route and allows you to choose from your installed media players. This is the one time where the Flash Drive is superior, purely due to the software. 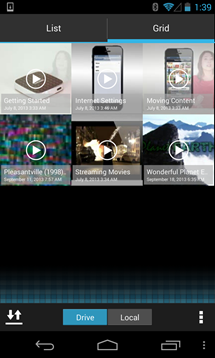 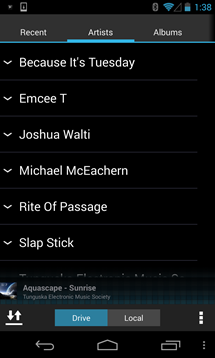 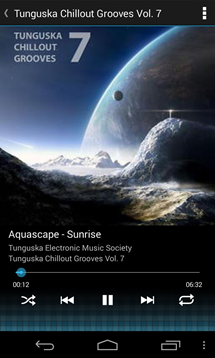 Who Will Use This, And Why Many Won't

When I first got the opportunity to review the SanDisk Connect drives, I was really excited. I fall squarely into the camp of people who want expandable storage in my devices. These drives seem like a great solution, that is - until I realized what I had to give up while using them.

You see, Android, like every other mobile OS out there, shuts off the cellular data connection after attaching to Wi-Fi. This is a great measure for saving power and avoids maxing out your data usage. Unfortunately, connecting to hotspot without an active Internet connection means losing all data connectivity with the outside world. You are giving up web browsing, email, push notifications, and even instant messaging, which many people are using to replace SMS. This is the reason SanDisk turned the drives into miniature Wi-Fi extenders with the ability to connect to nearby access points.

The catch to traveling with these drives is that many of the places you will want to go are the same places you won't be able to get Wi-Fi. The most common scenario I hear from people demanding expandable storage is that they want to load up lots of music for the long commute to work. Unless you've got a separate device to act as a hotspot, you are sacrificing turn-by-turn navigation, instant messaging, and possibly more for some lousy MP3s. In fact, almost any time you want to connect a phone will mean cutting ties unless you are in a hotel room, coffee shop, or sitting at home - all places you already could have streamed the same content without using a drive.

There are times when the connection issues aren't going to hurt you, such as using a tablet without a cellular radio, or when you enter dead zones or areas with barely functioning data service. I took the Media Drive with me on a camping trip where I was about 45 minutes away from a cell signal and it worked brilliantly. Of course, dropping your cell connection for a few minutes may also be worth it if you need to quickly share some large files or several pictures.

As a bonus, the Wi-Fi sharing feature makes a perfect hack if you are staying somewhere that limits how many devices are allowed to connect to the access point, like a hotel (wink) (wink). Seriously, I've been looking for something like this for years.

Clearly, the question isn't just if you would want to use a wireless drive for expandable storage, but if you can either live with or work around the connectivity issue. For the throngs of people disappointed by the lack of expandable storage in our phones, this probably isn't a perfect solution, but it might be workable. I really don't want to discourage anybody from the SanDisk Connect drives, I really do like them, but it's important that potential buyers realize the challenges that might come with trying to use one of them regularly.

As for which one you should choose; I really can't think of a good reason to pick the Flash Drive over the Media Drive. Yes, it means throwing in an extra $30 or more, but the advantages in battery life, flexibility with memory cards, and better build quality make it a no-brainer.

Avast Gives Free One-Year Premium Licenses (Worth $15) To Users Who Paid For Theft Aware Before ...