HTC Americas President Jason Mackenzie just finished saying HTC One Dev Edition owners could expect an Android 4.3 update this week, but it also looks like the update is rolling out en masse in Taiwan. The 4.3 update appears to be coming to all Ones in that market, but a rollout for other regions is still up in the air. 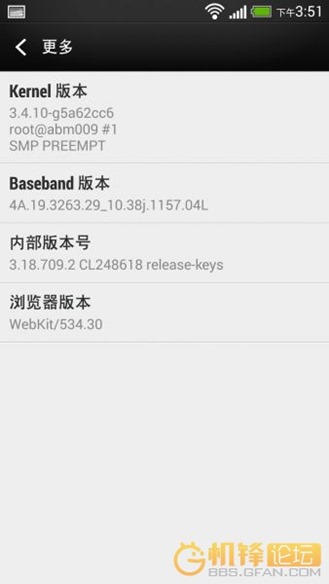 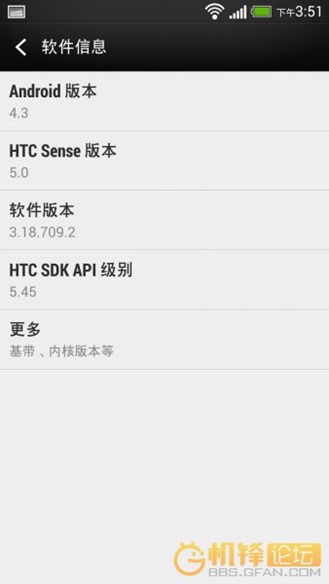 The file is big, clocking in at 512MB. The Android 4.3 build for the HTC One includes new radios, but there are some more user-facing updates as well : 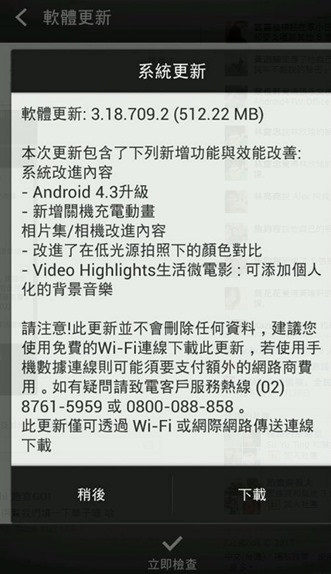 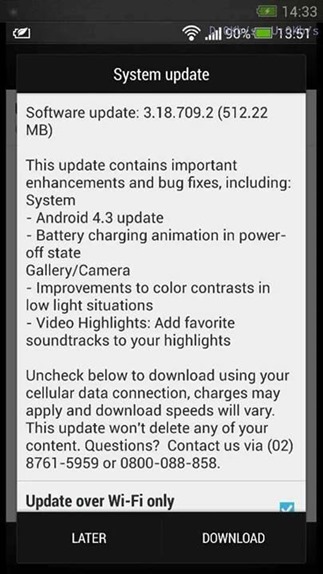 Developer Editions should be getting an update very similar to this one shortly. Canada is supposed to be receiving the update by the end of the month too. As for the US carrier versions? It'll probably be a bit of a wait while the software is certified.