Republic Wireless got some well-deserved headlines last week when they announced that they would start selling the nearly brand-new Moto X on its hybrid mobile-WiFi network for $300 unsubsidized. But if that's still too expensive for you, it looks like the company intends to offer an even cheaper option, the Motorola DVX. A leaked slide for the wireless roadmap of Bandwidth.com (Republic's parent company) shows the phone coming out sometime in October. 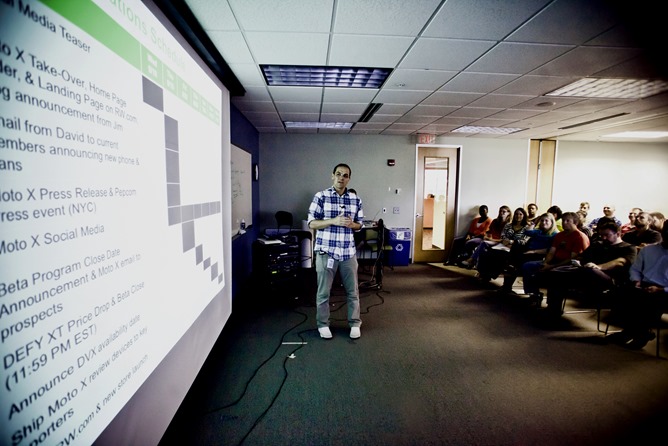 The photo above was posted to the Bandwidth.com company Flickr stream this weekend, clearly showing the release of the Moto X on Republic, a price drop on the DEFY XT (the company's primary phone so far) coming up Thursday, and the Motorola DVX releasing on a "TBD" date in October. The photo was subsequently edited to remove most of the information in the slide, but a tipster sent us the original unmodified version.

The Motorola DVX (model number XT1032) has passed through the FCC filing process for release in the United States, though that's not always a definite indicator of upcoming availability. A Reddit user found stock pages on an overseas website indicating sub-$200 prices for unlocked models, and another found a photo of the phone's plastic shell. You can't tell much about the hardware and there are no specifications available beyond 3G-only radio bands, but the photo definitely indicates that the DVX follows the curvy design language found on the Moto X. This phone would almost certainly be manufactured in China, unlike the Texas-born X. 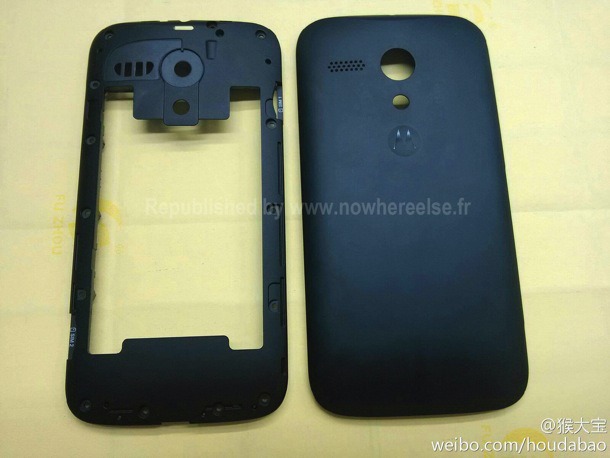 With relatively cheap phones and downright shocking prices on service plans, Republic Wireless is making good on their promise to shake up the domestic carrier market. If they can keep up this kind of momentum, they might just be able to start the paradigm shift they've been talking about since the beta program started.