LG's Vu series is a bit of an oddball thanks to its 4:3 aspect ratio, an idea that even Apple has abandoned on its phones. But the company seems intent on making it work for at least one more device, and so we get the LG Vu 3, shorn of Optimus branding like the flagship G2. And that's not the only thing that the Vu 3 has in common with the G2. 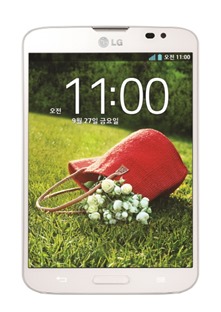 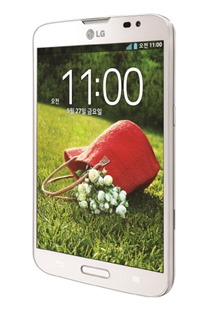 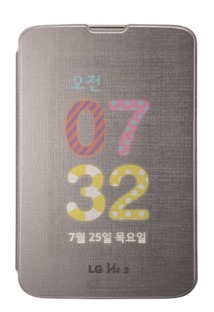 For one thing, the screen is also 5.2" diagonally, though of course it will be considerably wider and shorter thanks to that paper-style aspect ratio. It also has a considerably lower resolution at 1280x960, though that beats the previous members of the Vu family. The Vu 3 will get a Snapdragon 800 processor, a 13-megapixel rear camera, and LTE-Advanced, also present on the G2. The rest of the specs are up in the air at the moment, but you can expect them to stretch towards the high end of the market. LG is also talking up the "rubber rhodium pen" (stylus) and various notation-friendly software enhancements, along with the company's customized UI. 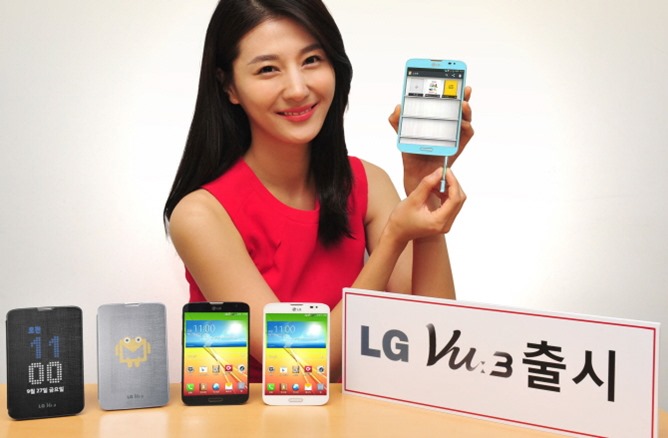 LG's press release is only available in Korean at the time of writing, but it looks like they'll be offering a semi-translucent Quick View cover for the device. If you look closely at the photos, they seem to indicate that the Vu 3 will flash the time or status update on the screen in big, bright icons, so the relevant information can be seen without opening the cover. It's an interesting idea and a stylish alternative to the peep-hole windows seen on Samsung's GS4 and Note 3.

The LG Vu 3 will be available in South Korea on September 27th (I think). No price or international availability information was included in the press release.