Platform games seem to have hit their stride on Android. With typical mascot-style fare like Sonic, Rayman, and Cordy, not to mention unconventional games like Bravoman, Gentlemen, and a handful of OrangePixel titles, platformer fans are spoiled for choice. Add one more game to the list, The Secret of Space Octopuses, a tongue-in-cheek game that takes inspiration from Metroid and adds in a few creative touches.

The gist is that you're an adorable alien abductee who's able to build his own helper robot in a cave, with a box of scraps. You then clomp through a collection of 2.5D stages trying to escape, though the focus is more on exploration than combat. The hook is the "box" system, a series of power-ups that let the player place boxes on the stages to various effects. Your robot can collect different materials from the stage to manufacture boxes. Different boxes perform different objectives: you can use them for blocking, jumping, and of course, exploding.

Going mano-a-mollusk against the octopus aliens will cause them to gang up on you in greater numbers, but if you can sneak past or otherwise avoid them you'll have an easier time of it. Graphics and presentation are impressive for an indie developer, and The Secret of Space Octopuses includes a fair amount of story and physics-based puzzles if that's your thing. The game is a reasonable $2.54 on the Play Store. 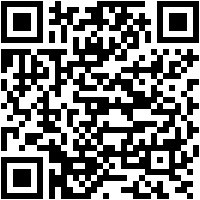