Oppo and Cyanogen Inc are going to announce a partnership next week - this much is clear from the video posted earlier today by the official Oppo channel and featuring the man himself, Steve "Cyanogen" Kondik. It will be the first deal of its kind between the newly announced company and a hardware manufacturer, and after speaking with multiple people familiar with the matter, I now have a pretty good idea of how the CM team wants it to work. Not everything is set in stone yet - in fact, a lot is still up in the air, so Steve is en route to China to actually finalize the negotiations and work out the details.

Disclaimer: Everything below is a rumor until the details are officially announced by Oppo and Cyanogen Inc. In fact, considering the nature of the project, everything is subject to change even after that. 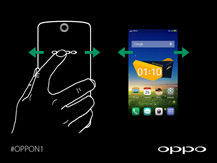 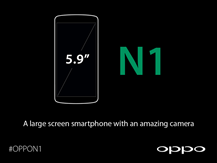 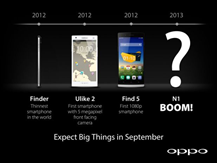 Some of you may have guessed that the Oppo N1, which will be announced on September 23rd in China, is going to run CyanogenMod out of the box. Some of you suggested a dual-boot scenario. The truth is somewhere in the middle, but even at this point the details haven't all been finalized yet. Let me break down what I've learned so far:

Note: Because Gapps licensing is granted to OEMs and not software vendors, you won't be seeing Gapps bundled into everything on get.cm. On the other hand, you may be seeing a split of all builds into two streams in the future: user (casual user) and userdebug (enthusiast). 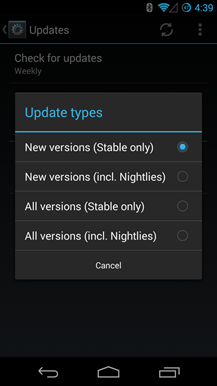 Hopefully, the information above answers some of the questions you may have had about this exciting new chapter in CyanogenMod's life. The official announcement isn't too far off - once again, we're expecting the initial details to be communicated together with the N1's unveiling on the 23rd.

Update #1: I've confirmed that the idea is to have warranty support provided by Oppo, but a lot of the logistics and policies are still up in the air. The team will likely need several trips to China to hammer out all the details.

Update #2: Additionally, software support will only be provided for stable builds. If you want to switch to a nightly and root and break your dialer or end up with an unbootable unit, you're on your own, which is completely understandable. The shipped CM ROM will not have the options to update to nightlies and other unstable releases from the Updates menu - only stable ones. To get the nightly option, you'll need to flash a nightly. This all makes a lot of sense.