Google is juggling a lot of things right now. It's really not realistic to expect no one in the company to ever make a mistake. Well, today's slip-up is to our advantage. The most recent update to the Korean keyboard IME in Google Play contains a new screenshot which appears to be from Android 4.4 KitKat. 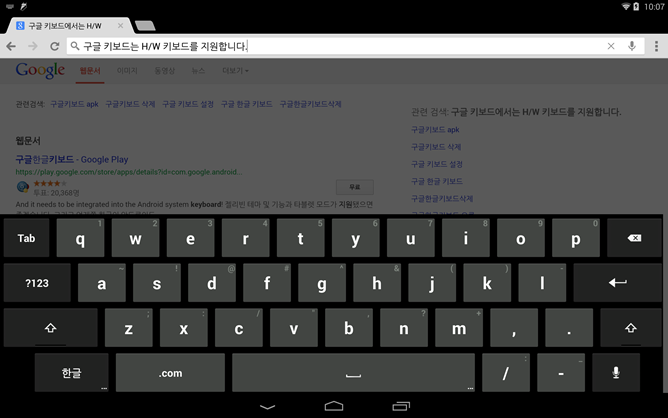 The status bar has light gray icons and clock font, which has been suggested in a number of leaks. There was also a hint of gray icons in the recently leaked video. Over on the other side of the status bar is a debug icon – a piece of pie. The debug icon in Jelly Bean is a little Android jelly bean, so this screenshot was probably taken on a device that still had the decoy Key Lime Pie ID. We knew Google was keeping things under wraps with regard to the KitKat naming, and it looks like designers are still working on getting the Android 4.4 graphics updated.

These gray status bar icons could be just the tip of the iceberg. The rumors have been pointing to a more significant update to the UI of Android with 4.4, but we don't have anything concrete to confirm just yet. Also, according to a source, the latest Android test builds also no longer refer to the upcoming Nexus as 'Nexus 4' – it's now Nexus 5. Things are coming together nicely.