I've never understood why shotguns are the go-to weapon for fending off zombie hordes. Sure, in a close encounter, it's a guaranteed way to put a bloodthirsty undead drone on its backside, but it's not going to liberate an entire city in the event of an outbreak. Such large-scale crowd control needs more than pseudo-vigilante justice. That's why, unless every air force base in the world were to succumb to a zombie outbreak at the same time, I would expect to see an AC-130 bringing the rain from the skies. Zombies can't fly (nor can they even drive), so lets hit them from where they can't hit us back. iOS gamers have been doing this for two years now, and with over 70,000 ratings, the consensus is that the game's good. Now Zombie Gunship has made its way to Android, and it's time for us to show them how aerial gunslinging is done. 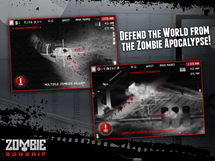 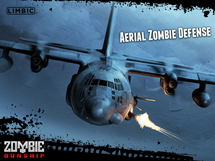 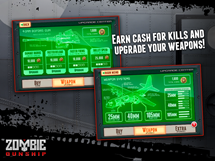 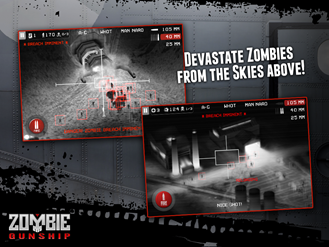 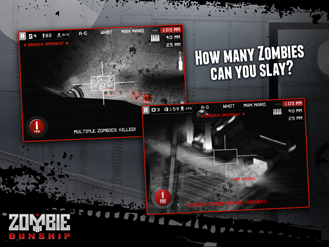 Zombie Gunship is essentially a tower defense game in which you don't defend yourself, you protect targets on the ground ranging from stranded civilians to isolated bunkers. If you've tried out the gunship levels in Call of Duty or the recent Splinter Cell: Blacklist, you know that this can be easier said than done. But if you manage to pull it off, you will earn cash for your kills and can use that income to upgrade your gunship's arsenal.

Developer Limbic has yet to release an Android trailer into the Play Store, but this iOS video still gives you a glimpse of what to expect.

The game costs 99 cents to buy, and while that's all you need to do to enjoy the game, there are in-app purchases for acquiring cash more quickly. If you're the impatient type, spend away, otherwise, sit back and listen to that Gatling gun sing. 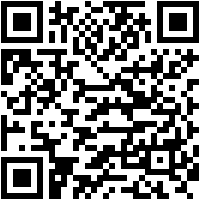