Welcome to the latest entry in our Bonus Round series, wherein we tell you all about the new Android games of the day that we couldn't get to during our regular news rounds. Consider this a quick update for the dedicated gamers who can't wait for our bi-weekly roundups, and don't want to wade through a whole day's worth of news just to get their pixelated fix. Today we've an interesting take on both marble games and endless runners, a less interesting endless runner with football team logos on it, an old-school beat-em-up with multiplayer co-op, and a Bejeweled clone starring cavemen. Without further ado:

Marble roller games and endless runners go together like... well, I don't actually know what they go like, because I've never seen a combination of the two. But reliable developer BulkyPix has posted Orborun to the Play Store, a game that combines a conventional endless runner with an accelerometer marble games. Sci-fi graphics remind me of the Portal franchise, and the game includes 90 levels across three environments.

Orborun is a 3D run & roll game where your nerves will be put to the test. Tilt your device to make your Orbot run and roll on long & curvy slides, use the power-ups to go faster, tap on the slowdown bar to be more precise. Complete optional challenges and arrive faster to get higher scores and compare them with your friends. Tunnels, vortex and 90-degree turns wait for you. Would you reach the spatio-temporal gate before curling you up into a ball? Excalibur: Knights of the King

If you're looking for an old-school brawler in the vein of Streets of Rage or Altered Beast, Excalibur is happy to oblige. This game mixes the usual dungeon crawler/upgradeable RPG style with more typical action mechanics. The icing on the cake is the multiplayer: Excalibur includes both a standard multiplayer versus mode and a console-style co-op campaign. The 2D sprite graphics are pretty awesome as well. See, developers? You can make 2D games without resorting to the tired 8-bit style.

Excalibur is a side-scrolling action MMORPG set in the realm of King Arthur and the Knights of the Round Table. Combining MMORPG and classic beat 'em up features, Excalibur allows players to explore the fabled world of Camelot with their fingertips. Fight in the realm of Avalon and embark on quests to test your mettle. Jump into an adventure to reach the top and save Britain from its demise! Solo adventure, team-up with others in exciting co-op quests, join a guild to seek greater glory, or ascend the ranks in explosive PvP action!

The Bejeweled match three style has been adapted into just about every game genre and situation, but I don't think I've seen a 10 Million BC version, so here ya go. The playing pieces are tiny cavemen and strategic structures that actively fight bad guys, giving the game a bit of a strategy vibe. The main campaign also includes plenty of opportunities to level up you pre-historic units, so expect at least some in-app purchase shenanigans.

Cavemania is a match-3 game with strategy… and dinosaurs! Help the Chieftain reunite his scattered tribe while battling fearsome foes. Features: Enjoy truly old-school Strategy. Lead your Tribe on a journey through prehistoric perils. Plan your strategy as you gather resources using familiar match-3 gameplay. Place units and buildings on the game board and use them to achieve victory! But choose wisely, because you’ll be fighting to survive against the elements and prehistoric foes. If you're the kind of frothing, desperate football fan that has to have your favorite team logo shaved into your pet's fur, this is the Temple Run knockoff for you. As an Officially Licensed Game from The NFL(TM), it includes all the team logos and uniforms... and without the player's union it includes none of the actual team members, so you'll have to be satisfied with self-insert fantasy. The developer is Pocket Gems, so it should be marginally better than the typical licensed game.

Jump into the action and sprint into the endzone in this new endless runner brought to you by the NFL! Pick your team, test your reflexes and see how far you can run – dodge linemen, collect stars and power-ups, and upgrade your player's abilities. Compete with your friends to see who can get the furthest! 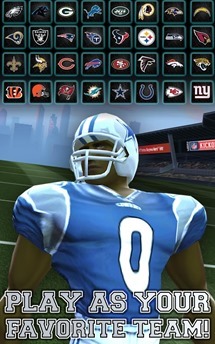 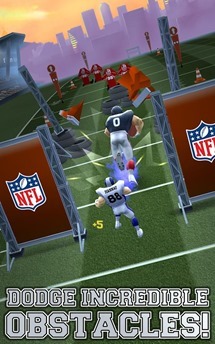 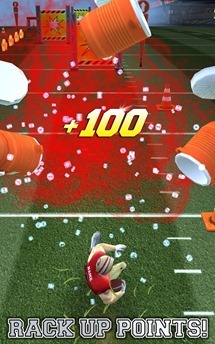 The Moto X Developer Edition For Verizon Is Out Of Stock, GSM Version And DROID MAXX Developer ...