Lets get this disclaimer out of the way right from the beginning - video game adaptations of toys are rarely as much fun as the products that inspire them. The long-running LEGO series of movie titles may be the exception to the rule, but don't expect Pullback Racers to follow in their footsteps. The premise here revolves around crafting a game that matches the functionality of the plastic wind-up cars themselves, and like the inspiration it pulls from, the game is rather limited. 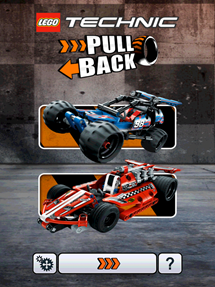 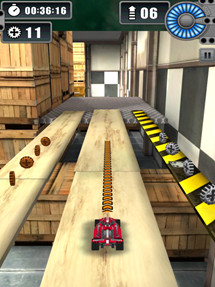 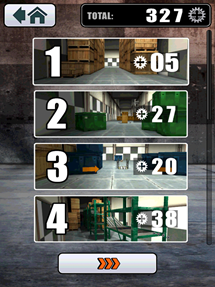 The controls are simple: place your finger on the car, pull it back, and watch it go. There are floating gears lined up that must be collected, which you can do by tilting your phone to alter the direction of the car. Yes, this one simple control mechanism already shatters the sense of realism, but at least turning slows your car down, forcing you to wind it up again. Crashing your car is still somewhat satisfying, and it's much cheaper to do so with these virtual racers than to than real-world counterparts.

Only one car and level are available to start with, and the remainder require that you collect a certain number of gears to unlock. On the possible side, these gears aren't for sale. While there is barely enough gameplay here to fill a decent mini-game, there are no IAPs begging for your cash. That's right, this is one free title that is actually, well, free - much cheaper than the last experience LEGO dropped into the Play Store.