Those of you looking for a cheap, small phone running Android will have one more option on AT&T starting later this month. The company issued a press release this morning finally announcing the release date for the Samsung Galaxy S III Mini. That's Samsung's cheaper, smaller version of the GSIII which actually has very little in common with the GSIII in terms of hardware. It will launch on AT&T on September 27th for $.99 on a two-year contract. 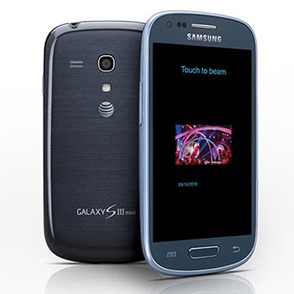 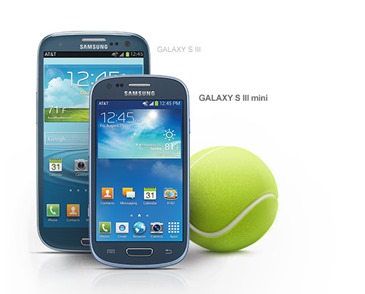 If you've forgotten about the S III Mini, we couldn't blame you: the original international phone was announced almost a year ago, and has been superseded by the Galaxy S4 Mini. (We were kind of shocked when a n early press shot of the AT&T phone leaked a few weeks ago.) It's got a 4" 800x480 AMOLED screen, a 1GHz dual-core processor, 1GB of RAM, a 5 megapixel rear camera, and a MicroSD card slot. AT&T isn't saying how much storage this version has, but I'll put money on 8GB. The phone will launch with Android 4.2 and Samsung's usual TouchWiz accoutrements. Those specs are pretty reasonable for a budget phone, but anyone hoping for the Galaxy S III's commendable power in a smaller package will be disappointed.

So, to recap: AT&T is launching a "Mini" variant of a phone that's over a year old, several months after the upgraded mini version of the newest Samsung phone has already hit international markets. A non-contract price hasn't been posted. If you want to pre-order a GSIII Mini, you can hit up this AT&T page starting on September 19th. Try to contain your enthusiasm.

Dallas, Texas, September 18, 2013 Beginning Sept. 27, AT&T* will offer the Samsung Galaxy S® III mini for $0.99 with a two-year agreement. The Galaxy S III mini brings the high performance and intuitive ease-of-use of the Galaxy S III to an elegant, compact smartphone at a budget friendly price.

On Sept. 19, you’ll be able to pre-order the Galaxy S III mini at www.att.com/galaxysiiimini.

“Our Galaxy family continues to grow and we’re excited to offer the Galaxy S III mini as an option for customers seeking a premium smartphone experience at an outstanding value, all on the nation’s fastest, most reliable 4G LTE network,” said Jeff Bradley, senior vice president – Devices, AT&T.

The Galaxy S III mini is a 4G LTE smartphone that features a 4.0-inch Super AMOLED™ display and runs Android 4.2, (Jelly Bean).  Its compact size gives users a comfortable grip and is ideal for one-handed use.  The Galaxy S III mini also comes with a 1.2 GHz dual-core processor, 1GB of internal RAM and includes a 5-megapixel camera.

The Galaxy S III mini has all your favorite Galaxy features, including:

Offline Playback Coming To YouTube Mobile Apps This November, Will Let You Gaze At Cat Videos ...