Trillian has been around for quite a long time. This isn't a hip teen's chat client - it's their father's. No seriously, many of the people who used this IM client back when it was fresh are old enough to have children now. Trillian came to fame at a time when consolidating chat clients into one piece of software was almost a necessity on consumer desktops, as running several of the official messengers at once was such a memory hog.

Trillian sits next to iPods with click wheels and Myspace as groundbreaking products that now live on in the same vein as child stars. It's generally a surprise to Wiki them and discover that they're still around. Well, Trillian is still here, and it's donned a new UI for its upgrade to version 2.0. 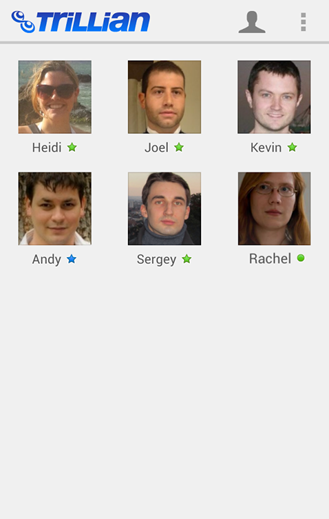 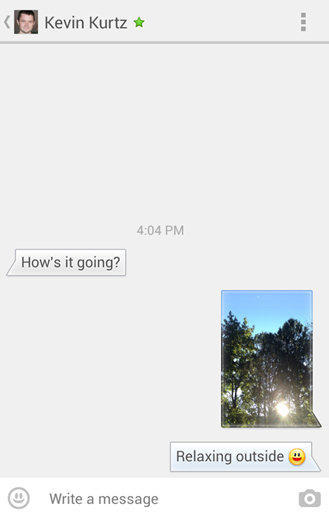 If the screenshots above don't look particularly exciting, that's because they aren't. In Trillian's early Windows days, it was willing to wear all the latest trends, allowing users to apply any number of themes. But as it aged, it set aside its baggy pants and chain wallet for a pair of slacks. The desktop version integrates with both Windows and Mac, and now the Android version is equally holo-friendly. In addition to its new threads, the app brings in a number of other updates that make it easier to chat with and manage multiple contacts.

• Easily start group chats with your friends who also use Trillian.

• Optionally import names and photos from your address book.

• For the Trillian network, appear as mobile to your Trillian contacts.

• Manage and view all connected devices.

• Improvements for Yahoo! and MSN connectivity.

Most Android devices are fast enough to handle multiple chat clients running at once, but if you would like to tidy up by consolidating things a bit, Trillian is available for free, and it's still raring to do the job. 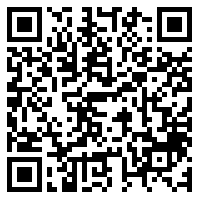 [Deal Alert] Amazon And Best Buy Offering Verizon HTC One For $49.99 With New Accounts And Upgrades

[Update: APK Download] Google Introduces The New And Improved Wallet 2.0 App In The US, ...