It's pretty safe to assume that most people either have, or want, a tablet. For those who are in the market though, trying to find the perfect slate can be a daunting task. With all of the options, even the savviest consumers can easily get overwhelmed. Not to mention how much research is involved in making an educated purchase decision – I will personally sometimes spend weeks researching and comparing products before making a major purchase. Fortunately, there's a recently-launched resource available for tablet shoppers that can not only drastically cut research time, but makes it easy to find key information about most of the relevant devices in the category. 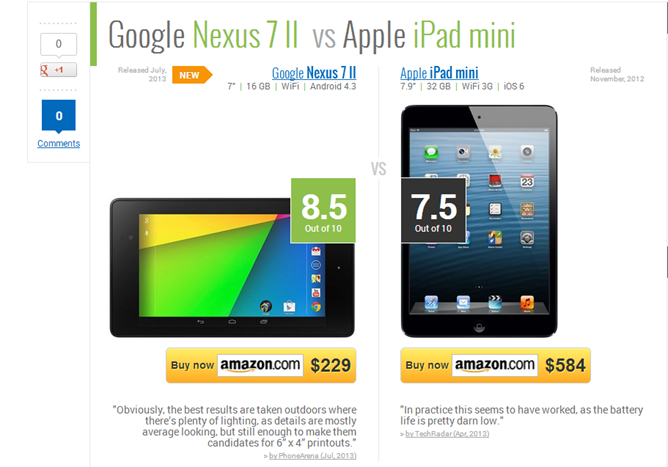 I'm talking about TabletRocket.com, a new site that makes comparing tablets to one another a simple and informative process. TabletRocket uses the most relevant and comparable criteria to throw tablets in a head-to-head deathmatch where the best is then crowned the victor. It's not just about winning and losing, either – you'll find full specs for both devices, along with quick summaries and performance profiles. It's pretty in-depth.

If spec-for-spec or benchmark comparisons aren't your thing, don't fret – TabletRocket also highlights what reviews from popular sites are saying, as well as how each particular device is faring in Amazon reviews. This way you get a quick look at not only what the pros are saying, but also how everyday users feel about the devices. Hard to beat that.

If you're not in the market for a new tablet, however, there are a few other sites worth checking out in the "Rocket" family: CameraRocket, PhoneRocket, and ReaderRocket.

To commemorate the launch of TabletRocket, the guys have hooked us up with two 32GB Nexus 7s (2013). US winners will get the LTE version, while the Wi-Fi version will be available to international winners. 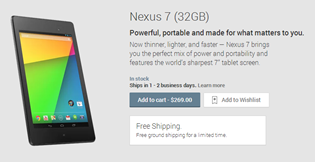 The giveaway will run for one week, ending at Midnight (12:00 AM) PT on September 25th. Good luck!

Second Mobile Pwn2Own Competition Announced With Plenty Of Android Targets To Crack And ...